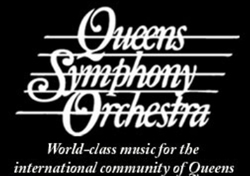 In partnership with the Kupferberg Center for the Performing Arts at Queens College, QSO will begin the series October 6th at 3pm with a performance entitled “Who Stole the Mona Lisa?” The orchestra will play Stravinsky’s suite “The Firebird” as accompaniment to an animated film of the same name. The whimsical film relates the story of Pablo Picasso’s suspected involvement in a famous art heist.

QUEENS, NY,– For sixty years since its inception, the Queens Symphony Orchestra (QSO) has been delighting local audiences with performances of symphonic music. Beginning October 6th, QSO will offer a family concert series open to all, and appropriate for all ages, at the LeFrak Concert Hall, located in Flushing on the campus of Queens College.

Conceived by Constantine Kitsopoulos, QSO’s music director and conductor, the family concerts commence October 6, with a 3pm performance entitled “Who Stole the Mona Lisa?” The performance features Kitsopoulos conducting a performance of Stravinsky’s suite “The Firebird,” as an accompaniment to the New York premiere of visually fascinating animated film by By Micah Chambers-Goldberg about Pablo Picasso’s suspected role in an infamous 1911 art heist. Subsequent performances in the series will include a holiday-themed program, and performances of classics such as The Frog Prince and Peter & the Wolf.

“Performances like these are so important,” says Kitsopoulos. “To reach people of all ages is very fulfilling to us as artists. It’s always satisfying to see the eyes of children and parents light up, and to see them enjoying the fine arts together as families.”