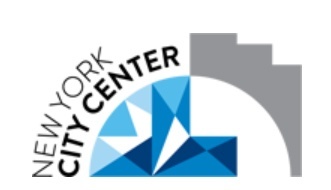 at the New York City Center 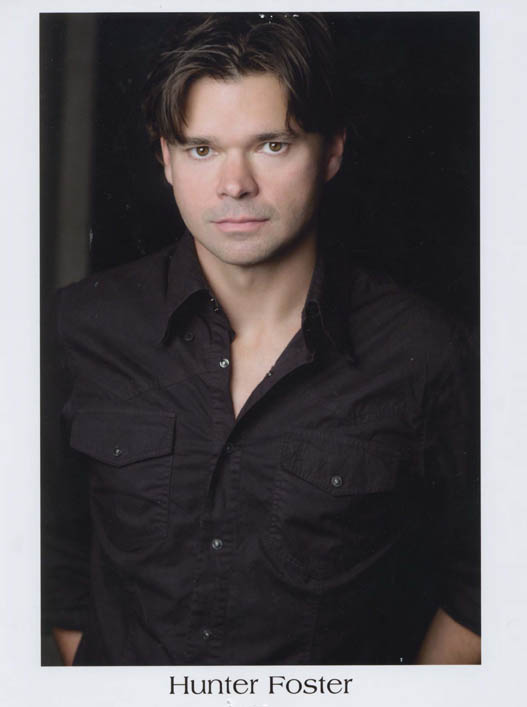 Pump Boys and Dinettes was conceived, written and performed byJohn Foley, Mark Hardwick, Debra Monk, Cass Morgan, John Schimmel and Jim Wann. The show is a musical tribute to life on the roadside, with the actors accompanying themselves on guitar, piano, bass, fiddle, accordion, and kitchen utensils.  A hybrid of country, rock and pop music, Pump Boys is the story of four gas station attendants and two waitresses at a small-town dinette in North Carolina. It premiered Off-Broadway at the Chelsea West Side Arts Theatre in July 1981 and opened on Broadway on February 4, 1982 at the Princess Theatre, where it played 573 performances and was nominated for both Tony and Drama Desk Awards for Best Musical.

Jordan Dean (Jackson) appeared on Broadway in Mamma Mia!, Cymbeline and Cat on a Hot Tin Roof.  Jordan has appeared off-Broadway in The New Century, As You Like It, Six Characters… and The Free Zone.

Hunter Foster  (Jim) appeared on Broadway in The Bridges of Madison County, Hands on a Hardbody, Million Dollar Quartet, The Producers, Little Shop of Horrors, Urinetown, Les Miserables, Grease, Footloose and King David. Off-Broadway, he was seen in Borrowed Dust, Burning, Ordinary Days, Happiness, Frankenstein, Dust, Modern Orthodox and Urinetown Foster wrote the books for the musicals Summer of ’42, Bonnie and Clyde: A Folktale, The Hollow and The Circus in Winter, which will make its premiere at Goodspeed this fall.

Mamie Parris (Prudie)’s Broadway and national tour credits include Wicked (Elphaba), 9 To 5 –The Musical (Judy), Ragtime (revival), The Drowsy Chaperone, Legally Blonde and Roundabout’s 110 In the Shade. Off-Broadway, she was seen in See Rock City. Mamie recently made her NYC solo concert debut with Home Again at 54 Below. Other notable credits include Chicago at the Macau International Music Festival in China; two national tours with Kenny Rogers; productions at Goodspeed, Pittsburgh CLO, the Muny, and numerous concerts and readings.

Randy Redd (L.M.) appeared on Broadway in Million Dollar Quartet, Ring of Fire and Parade. Other credits include The Burnt Part Boys at Playwrights Horizons, Some Men at Second Stage, Lucky Stiff at the York and By Jeeves at the Kennedy Center, Geffen Playhouse and Goodspeed.  Randy’s writing and directing credits include What’s That Smell: The Music of Jacob Sterling (composer, with David Pittu), Fiction in Photographs (co-writer, with Dan Mills) and Touché (composer, with Susan Blair Ross). His original song “With You” (Robin Skye, co-writer) was recorded by Ronan Keating and can be heard in Postman Pat: The Movie (Classic Media/Lionsgate UK).

Katie Thompson (Rhetta)’s theater credits include Giant at The Public Theater, The Witch in Big Fish at The Oriental Theatre in Chicago,  Spidermusical at the Mint Theatre and Bloodties at NYMF.  Katie’s version of “Heaven is a Place on Earth” was featured in Stacey Tookey’s Emmy-nominated routine for “So You Think You Can Dance” in 2011, and her music has been featured on the show’s American, U.K. and Canadian editions. Her solo albums include Private Page, KT Live and What I’ve Done Right. www.Katiethompson.com

Lorenzo Wolff (Eddie) has performed with Michael Cerveris and Loose Cattle, Steve Martin and Edie Brickell, Bill Irwin and many more. His first solo record, Keep it Down, was released last year and is available at www.Lorenzowolff.com. His theater credits include The Good Person of Szechuan (La Mama and Public Theater) Bright Star (Powerhouse Theater) and Fururity (ART). Lorenzo plays with the surf rock band The Cameramen, the old timey band 5000 Jazz Assassins, and writes and produces albums for other artists at Restoration Sound, his studio in Greenpoint. www.Restorationsoundstudio.com

Authors, Pump Boys and Dinettes:  Jim Wann, the principal author/composer of Pump Boys, co-wrote the Off-Broadway productions of Diamond Studs: The Life of Jesse James, A Saloon Musical and The People vs. Mona: A Musical Mystery Screwball Comedy. Debora Monk won the Tony Award for Best Actress for Redwood Curtain and was nominated for her roles in Picnic and Steel Pier. Cass Morgan has appeared in numerous Broadway shows, including Memphis, Mary Poppins and Ring of Fire. Mark Hardwick composed the music for the 1975 Broadway production of Of Mice and Men and co-wrote the musical Oil City Symphony. John Schimmel was a bass player and musical director in New York theaters, clubs, and studios before becoming a Hollywood producer. John Foley was the musical director for Smoke on the Mountain at Lamb’s Theatre and appeared as an actor and guitar player in Diamond Studs at the Westside Theatre.

Lear deBessonet (Director, Pump Boys and Dinettes) is the Director of Public Works at the Public Theater. She is the recipient of the 2013 Obie Award for Direction for her acclaimed production of The Foundry Theater’s Good Person of Szechwan starring Taylor Mac and Lisa Kron, which subsequently played an extended, sold-out run at the Public Theater. Lear recently collaborated with Todd Almond on an adaptation of The Tempest at the Delacorte Theatre for the Public Theater’s Public Works program. Her New York credits include Piece of Meat, On the Levee, Lines (NEA commission, Joe’s Pub), Takarazuka, Monstrosity and The Scarlet Letter. She created and ran the TICKETS FOR THE PEOPLE program, an initiative to distribute tickets to non-traditional theatregoers including immigrants, students, and seniors.  In 2006 she was named one of Time Out New York’s “25 People to Watch,” and in 2008 she was honored with LMCC’s Presidential Award for Artistic Excellence.

Chris Fenwick (Music Director) is currently music director of the Broadway production of Rocky and recently music directed Fun Home at The Public Theater.  He music directed the original productions of Michael John LaChiusa’s Giant, Los Otros, Queen of the Mist and See What I Wanna See.  Broadway credits include Grease, Les Liaisons Dangereuses, The Pajama Game, Wonderful Town, and Elaine Stritch at Liberty.  Other credits include the Off-Broadway productions of Hello Again, Here Lies Jenny, Road Show, Happiness, and Mother Courage and concerts with Patti LuPone at Carnegie Hall, Ravinia Festival, and many more.  Chris was music director of the Encores! Off-Center productions of The Cradle Will Rock and I’m Getting My Act Together.

Danny Mefford (Choreographer)’s Broadway credits include the choreography for Bloody Bloody Andrew Jackson and movement for The Bridges of Madison County.  Off Broadway, he choreographed The Public Theater productions of Fun Home, Good Person of Szechwan and Love’s Labor’s lost.

City Center’s Encores! Off-Center series presents off-Broadway musicals that pushed creative boundaries when they were first produced. Filtered through the lens of today’s artists, these shows are presented not as historical documents but as living, vital works that continue to resonate with audiences. In the Encores! tradition, Off-Center places a great emphasis on the scores, with the orchestra performing onstage. The series reflects City Center’s ongoing outreach to new and younger audiences.  In keeping with this mission, the majority of seats are $25.

New York City Center (Arlene Shuler, President & CEO), now in its 70th year, has played a defining role in the cultural life of the city since 1943. It was Manhattan’s first performing arts center, dedicated by Mayor Fiorello La Guardia with a mission to make the best in music, theater and dance accessible to all audiences. Today, City Center is home to many distinguished companies, including Alvin Ailey American Dance Theater, City Center’s Principal Dance Company, as well as Manhattan Theatre Club; a roster of renowned national and international visiting artists; and its own critically acclaimed and popular programs. The Tony-honored Encores! musical theater series has been hailed as “one of the very best reasons to be alive in New York.” In summer 2013, City Center launched Encores! Off-Center,a new series featuring landmark musicals filtered through the lens of today’s most innovative artists. Dance has been integral to the theater’s mission from the start, and dance programs, including the annual Fall for Dance Festival, remain central to City Center’s identity. Vital partnerships with arts organizations including Jazz at Lincoln Center and London’s Sadler’s Wells Theatre enhance City Center’s programmatic offerings. City Center is dedicated to providing educational opportunities to New York City students and teachers with programs such as Encores! In Schools and the Young People’s Dance Series. Special workshops cater to families, seniors and other groups, while events such as the Fall for Dance DanceTalk series offer learning opportunities to the general public. In October 2011, City Center completed an extensive renovation project to revitalize and modernize its historic theater.