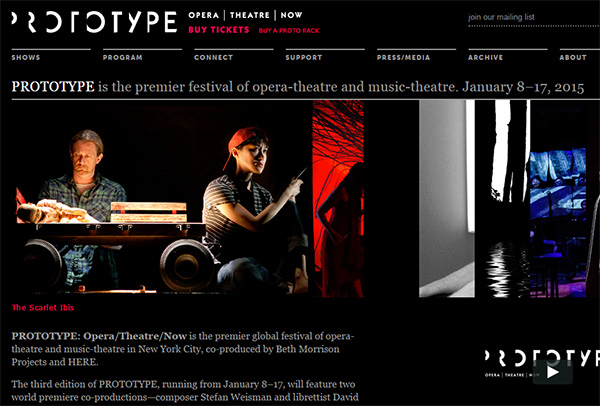 TIMUR AND THE DIME MUSEUM (ONE NIGHT ONLY)

Beth Morrison Projects (BMP) and HERE are pleased to announce programming for the third annual PROTOTYPE: Opera/Theatre/Now festival, running January 7–17, 2015, in New York City. This two-week festival, founded and curated by Kristin Marting (of HERE), Beth Morrison (of BMP), and Kim Whitener (of HERE), has quickly become an established force on the global opera scene. The second season, even more  overwhelmingly successful  than the first, left Alex Ross of the New Yorker to declare, “in an eleven-day period Prototype managed to uncover more new work of substance than City Opera was able to do in the past decade or more.”