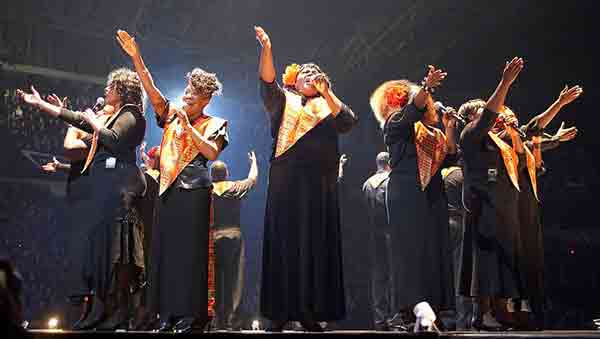 Days after his death, the Harlem Gospel Choir honored the purple-clad genius and musical innovator Prince with a performance of “Purple Rain” on Good Morning America. Now, they present an entire evening remembering his greatest hits. Prince integrated funk, rock, R&B, soul and pop into his numerous acclaimed songs, garnering seven Grammy Awards and selling over 100 million records worldwide. He also earned an Academy Award for the music in Purple Rain, a film about a rising music star grappling with romance, rivalry, and an abusive home. The most renowned gospel choir in America shares Prince’s legacy and honors his talents in a night of soulful tribute at the B.B. King Blues Club in New York.