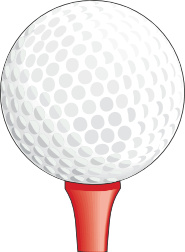 A sample of the planned activities include:

Citi 44 Million Yard Challenge – The culmination of a mobile, interactive engagement for New York and New Jersey residents, taking place in the weeks leading up to the Presidents Cup; at the Oculus, participants will complete the challenge of joining together to collectively drive a golf ball around the world, with charity as the winner in the end!

4D Immersive Dome Experience – An opportunity for fans to experience life from the perspective of a golf ball voiced by Comedy Central comedian, James Davis.

Global Tasting Adventure – Celebrating the global reach of the event and its players, fans can enjoy the delicacies from around the world and from the home countries of Presidents Cup participants.

Official merchandise – The Presidents Cup Fan Experience will be the only location where fans see and touch – and purchase – limited-edition merchandise, outside of Liberty National; LACOSTE, official apparel provider of the Presidents Cup, will be prominently featured in the event space as well, where they recently opened a new store.

Other Tour Stops According to the Official Press Release: