See how they love me

Advanced tickets at $15 may be purchased here. 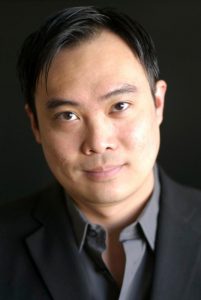 Come celebrate Ned Rorem’s 90th birthday with St. Luke’s choir member, Phillip Cheah, as he presents a programme of songs devoted entirely to the composer.  Pieces will include familiar favourites like Early in the morning, Ferry me across the water, and Now sleeps the crimson petal as well as less well-known but equally beautiful songs like Three Calamus Poems and Visits to St. Elizabeths, all of which feature the exquisite poetry of Whitman, Rossetti, Tennyson, Roethke, and others.

Ned Rorem is one of America’s most honored composers. In addition to a Pulitzer Prize, awarded in 1976 for his suite Air Music, Rorem has been the recipient of a Fulbright Fellowship (1951), a Guggenheim Fellowship (1957), and an award from the National Institute of Arts and Letters (1968).  He is a three-time winner of the ASCAP-Deems Taylor Award; in 1998 he was chosen Composer of the Year by Musical America.  From 2000 to 2003 he served as President of the AmericanAcademy of Arts and Letters. In 2003 he received ASCAP’s Lifetime Achievement Award, and in January 2004 the French government named him Chevalier of the Order of Arts and Letters.  Words and music are inextricably linked for Rorem and he is justly renowned for his art songs; his catalog includes more than 500 works in the medium. Time magazine has called him “the world’s best composer of art songs”.