Public to Have Free Access to Festivities as PepsiCo Expresses Appreciation and Thanks to New York, New Jersey and their Residents 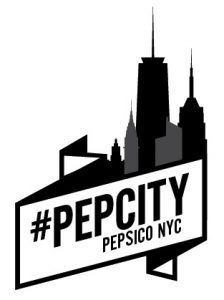 Designed to serve as a large-scale “thank you gift” to New York, the enclosed event experience, coined #PEPCITY, will span 10,000 square feet in midtown Manhattan’s Bryant Park, and include an 80 foot wide by 40 foot high custom-designed dome that will house numerous stages and a rotating continuum of diverse performances that celebrate the heart and soul of the city. Open to the public on Wednesday, January 29, Thursday, January 30, and Saturday, February 1, from 2 PM to 6:30 PM, #PEPCITY will convert to a free, ticketed performance space each evening at 8 PM, with performances by Austin Mahone, Prince Royce and on Saturday evening, headlining and closing out the event, Ziggy Marley. Tickets will be distributed online in advance of the performance, on a first-come, first-serve basis.

PepsiCo, headquartered in Purchase, NY, is an official sponsor of the National Football League and the company has enjoyed a successful 30-year relationship with the league. The Super Bowl represents the culmination of a season-long NFL activation for PepsiCo and its brands, which include Pepsi, the sponsor of the Super Bowl Halftime Show; Doritos, which is back this year with its hugely successful “Crash the Super Bowl” contest; Gatorade; Quaker; and Sabra, the official dip of the NFL.

“PepsiCo has a long and successful history both in the state of New York and with the National Football League, and #PEPCITY is a true celebration of both relationships,” said Indra Nooyi, Chairman and Chief Executive Officer, PepsiCo. “It’s our honor to provide New York area residents and its many visitors with a truly special experience featuring our portfolio of iconic food and beverage brands, in innovative ways, in advance of one of the biggest games of the year.”

Kefi, and MP Taverna – all based in either New York or New Jersey. Each chef will create specialty menu items that incorporate PepsiCo products into unique recipes, reflective of their individual styles. Food will be offered at eight individual stations. Upon entering the space, guests will receive a “Taste of PepsiCo” passport that will enable them to sample and stamp each selection. All food samples will be provided for free.

“PepsiCo is known around the world for offering food and beverage brands consumers love,” said Burke, Founder of David Burke Group. “I am looking forward to celebrating the excitement of Super Bowl XLVIII by using PepsiCo brands to inspire what I believe will be the most delicious Super Bowl party dishes New York has ever tasted. #PEPCITY will be a culinary experience unlike any other.”

In the evenings, #PEPCITY will function as a concert venue and host musical performances by popular entertainers, each free with advance ticket registration. Tickets will be distributed through Eventbrite, at specified web sites for each concert.

Tickets to be available on Friday, January 24th at 12 PM EST, via link: PEPCITYJan29.eventbrite.com.

Latin superstar Prince Royce, whose most recent single “Darte un Beso” has been No. 1 for more than 13 weeks on Billboard’s Latin charts, will perform on Thursday, January 30. Royce’s highly anticipated English album will debut in 2014.

Tickets to be available on Friday, January 24th at 12 PM EST, via link: PEPCITYJan30.eventbrite.com.

On Saturday, February 1, Ziggy Marley will headline and close out the event.

Tickets to be available on Friday, January 24th at 12 PM EST, via link: PEPCITYFeb1.eventbrite.com.

To complete the overall experience, the food items will be teamed with a series of staged tributes that pay homage to New York City. Performances will occur on a rotating basis, and include segments dedicated to Broadway, Art, Sports and Culture.

The entrance area of the experience will feature two original pieces by acclaimed contemporary American collaborative practice Snarkitecture. The Entrance Experience will present the image of a fictionalized New York City skyline, incorporating elements from different locations and historic periods into a unified silhouette, as well as an installation based on the famed Pepsi-Cola sign on the East River.

A sampling of the best of Broadway will be on display, with performances from Pippin, Newsies, Motown, Rocky, Mamma Mia!, and Chicago, appearing on stage throughout the day.

Capturing the energy of New York City’s cultural arts scene, playwright Lemon Andersen will perform an excerpt from his critically acclaimed stage memoir. Beginning with a recounting of his win at the Tony Awards, Andersen then takes the audience through a vivid portrait of his coming-of-age experiences growing up in Brooklyn.

As he performs, three artists – Jolt, Valerie Carpender, and Marcela Gutiérrez, will surround him and create real-time visual art pieces.

The passion and rivalry synonymous with New York sports will be brought to life in a dramatic rap battle between rappers Yonas and Dylan Owen. Radio host L. Boogs of Hot 97 will serve as referee. The musicians will face each other in a battle of rhyme and rap, as they represent their respective Super Bowl teams.

A model of New York’s ubiquitous living quarter – the diverse apartment building – will have a home inside the experience. A multi-media, multi-sensorial piece titled “Blackout” will be presented in five screens, and provide a look into the private lives of five extraordinary New York apartments and their respective inhabitants.

Created by artists collective Six01, the experience will be set to an original score and Ziggy Marley remix. Chris Holmes and Kerry Brown will create the soundscape for the experience.