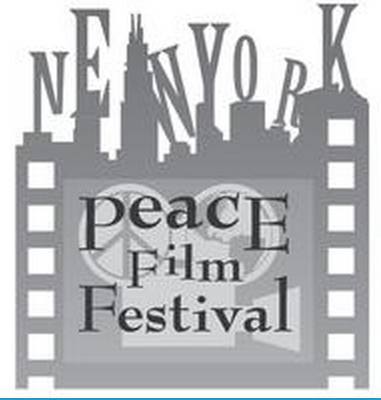 New York, NY – On this 3rd anniversary of the Fukushima nuclear disaster in Japan, the New York Peace Film Festival (NYPFF) will feature two films highlighting nuclear issues and one film dealing with the continued U.S. presence in Okinawa March 22 & 23 at All Saints Unitarian Church, Lexington Avenue between 79th & 80th Streets. X Years Later by Hideaki Itoh, documents one man’s tenacity in uncovering the truth about what actually happened when the Lucky Dragon fishing vessel and a half dozen other ships were inadvertently within the Bikini atoll when nuclear testing began in 1954, 60 years ago. What he uncovered was a high-level web of deception down-playing the effects of radiation on the fishermen, and the systematic cover-up by the U.S. military in collusion with the Japanese government of those facts. Almost all the men are dead now, many died at a young age, all of cancers associated with radiation exposure. The screening of X Years Later takes place Saturday, March 22 at 7:30pm. This is its NY premier and the filmmaker will join us from Japan via Skype for a Q&A following the screening.

663114 by Isamu Hirabayashi is an animated short which tells the story of a cicada that has a 60 year cycle. In a pedantic monologue the cicada tells his life story as he climbs to the top of a tree. Of course we notice a distinct physical difference between the 1951 cicada and the 2011 cicada, though their monologues are identical. The number as title has contemporary numerological significance: 66 years after Hiroshima; 311: March 2011, the date of the Fukushima disaster; and 4 crippled reactors at Fukushima. 663114 screens Sunday afternoon, March 23, at 4:30. The filmmaker will join us for a Q&A from Japan via Skype.

U.S. military bases have been a flash-point of civilian protest for decades in Okinawa. The Targeted Village, to be screened Saturday, March 22 at 5:20pm in its U.S. premier, follows the deceptive introduction of the Osprey military helicopter onto the Futenma military base and the opposition it aroused in the adjacent village of Takae. The protest eventually extended throughout the island. Throughout the film the history of U.S. military uses and abuses of the Okinawan population are detailed, including when, during the time of the Vietnam conflict, Takae villagers were forced to participate in guerilla warfare training exercises as proxies for Vietnamese villagers. Though the protests against the Osprey were large and sustained, and the tactics to break the will of the protesters reprehensible, the Osprey is currently being operated from that base. But the love, spirit, and solidarity of the protesters highlights the positives from such an action. Filmmaker Chie Mikami will join us for a Q&A from Japan via Skype.

The NYPFF starts with a kickoff party Friday, March 21 at 7pm at All Souls Unitarian Church, 1157 Lexington Avenue (between 79th & 80th Streets), followed by two days of screenings at the same location. The Peace & Justice Task Force of All Souls Unitarian Church is co-sponsoring the festival again this year. The opening gala will feature trailers of all the films to be screened and a number of the filmmakers whose works will be screened in the festival will be speaking about their films. The public is invited free of charge to the kick-off party, but an RSVP for attending the party is requested and should be sent to [email protected] or by calling 917-692-2210.

The following two-day festival will screen 11 films, including two animated shorts, 7 full-length documentaries, a 26 minute documentary, and the 1952 French anti-war classic, Forbidden Games (Jeux intedits) by Rene’ Clement. Saturday’s screenings start with films focused on social justice issues and then move to the nuclear issue. Sunday the films are a world-wide response to the issues of the day with films from France, Iran, the Gaza strip, Japan, and the U.S.

Ticket prices for the Saturday and Sunday festival are $12 in advance for one entire day’s screenings, and $15 at the door (again for as many screenings as you wish to see that day). Advance tickets can be purchased through http://nypff2014.eventbrite.com/. Cash only at the door.