Patti Austin: Ella Now and Then

A Centennial Celebration of the First Lady of Song 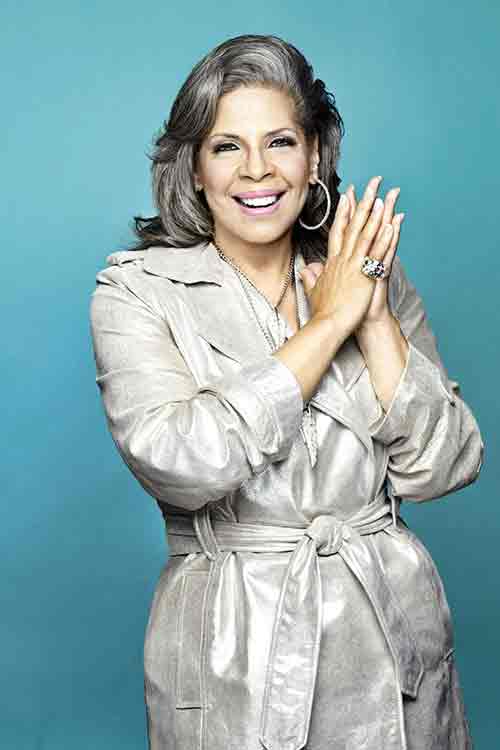 Brooklyn Center for the Performing Arts at Brooklyn College continues its 2016-17 season on Saturday, April 22, 2017 at 8pm with GRAMMY® Award-winning jazz singer Patti Austin performing Ella Now and Then: A Centennial Celebration of the First Lady of Song. This tribute concert marks the 100th birthday of the great Ella Fitzgerald (born April 25, 1917) and will feature selections from Ms. Austin’s soon-to-be-released album Ella: Now & Then.Tickets range from $36 to $55 and can be purchased at BrooklynCenter.org or by calling 718-951-4500 (Tue-Sat, 1pm-6pm).

A consummate artist of the first order, Patti Austin celebrates an incredible sixth decade in the music industry with the release of Ella: Now & Then, her second recorded tribute to the legendary Ella Fitzgerald, following her 2002 GRAMMY®-nominated best-selling album, For Ella.

Featuring some of the pioneering vocalist’s classic material, Ella: Now and Then finds GRAMMY® winner Austin (who declares she’s “busier than ever!”) lending her finely-honed craft to treasures from the vast Fitzgerald legacy including songs like “Mack the Knife,” “April in Paris,” “Sing Me a Swing Song,” and “Lullaby of Birdland.”

In the past decade, it’s in the world of jazz (a genre that is close to her heart) that Patti has been building a solid international audience: aside from a decade-and-a-half of performing live the songs from For Ella worldwide, Patti was justifiably awarded a 2008 GRAMMY® Award for “Best Jazz Vocal Performance” for her best-selling Top 10 Jazz album, Avant-Gershwin.

The New York native is in constant demand globally for live performances, thanks to a legacy of recordings that started in 1955, continued through the ’60s with success as a teenage R&B star before establishing herself as a mainstay among jazz and soul audiences through her ’70s recordings. By the ’80s, Austin became known to a wider international audience as a result of the GRAMMY®-nominated “Baby Come To Me” and “How Do You Keep The Music Playing,” her early ’80s classic duets with James Ingram, masterminded by musical godfather Quincy Jones.

Notes Austin, “I’m in an interesting place because I’m 66, I’m not a teenager and yet, for some reason, I seem to have an appeal with younger audiences and now we are creating different platforms to help establish my brand, with a weekly radio show, my mentoring organization (Over My Shoulder) and my new Ella record.”

Unquestionably a 21st century Renaissance woman, Patti Austin continues to create milestones in an incredible career; a further testament to her status as a member of that rare breed: a true artist whose creativity knows no limits. PattiAustin.com.

Dubbed “The First Lady of Song,” Ella Fitzgerald was the most popular female jazz singer in the United States for more than half a century. She worked with all the jazz greats, from Duke Ellington, Count Basie, and Nat King Cole, to Frank Sinatra, Dizzy Gillespie, and Benny Goodman.  Her long career included 13 GRAMMY® Awards, the Kennedy Center Honors, the Presidential Medal of Freedom, the National Medal of the Arts, and more than 40 million albums sold. Ella recorded over 200 albums. In 1991, she gave her final concert at New York’s renowned Carnegie Hall. It was the 26th time she performed there.

Patti Austin: Ella Now and Then is part of Brooklyn Center’s 2016-17 Con Edison Music Masters Series, which also includes the Yosvany Terry Afro-Cuban Sextet (May 6, 2017 at 8pm), and 10-time GRAMMY® winner Chaka Khan (May 13, 2017 at 7:30pm).  Visit BrooklynCenter.org for a complete season lineup.