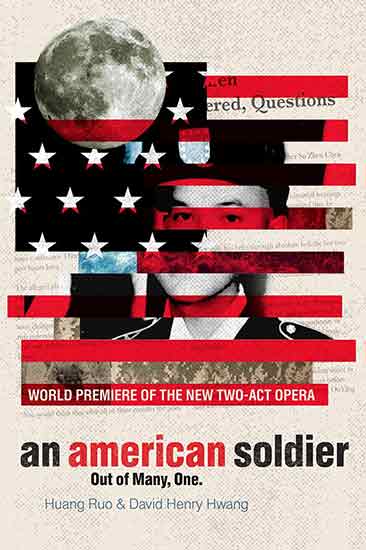 Excerpts will be performed from An American Soldier, a new two-act opera based on the true story of Danny Chen, proud American and son of Chinese immigrants residing in Manhattan’s Chinatown. After enlisting in the U.S. Army, Chen is welcomed in boot camp, but in Afghanistan, his own base becomes enemy territory as military hazing turns deadly, posing powerful questions about what it means to be an American. Librettist David Henry Hwang and composer Huang Ruo discuss their collaboration with James Robinson, OTSL Artistic Director, and Nancy Yao Maasbach, president of the Museum of Chinese in America, prior to the opera’s World Premiere in Saint Louis. Excerpts performed by Fang- Tao Jiang, Andrew Stenson, and Guang Yang, accompanied by pianist Lachlan Glen.

An American Soldier will premiere at the Opera Theatre of Saint Louis on June 3.