“Of All Nights in the Year”

At the Merchant’s House Museum

“Of All Nights in the Year:” The Secret and the Sacred in a 19th Century Hallowe’en 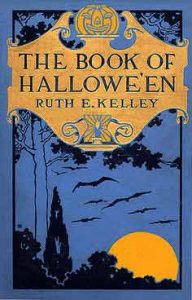 What would a proper middle class family have done to celebrate Hallowe’en in 19th century New York? How would their children have spent All Hallow’s Eve? And what does a 26-year old librarian have to do with it all?

Drawing on an astonishing and long-forgotten work of scholarship by Ruth Edna Kelley, The Book of Hallowe’en (1919), this illustrated lecture will show how the cards and costumes, carvings and capering we often associate with Hallowe’en customs prevalent in 19th century America betray a primeval urge to indulge our wild, albeit hidden, natures.

Presented by ghost tour guide, horror writer, and Hallowe’en enthusiast Andrea Janes, this lively and fascinating look at our most primal celebrations reminds us why Hallowe’en is among the most beloved and bewitching “of all nights in the year!” $10, $5 MHM Members.