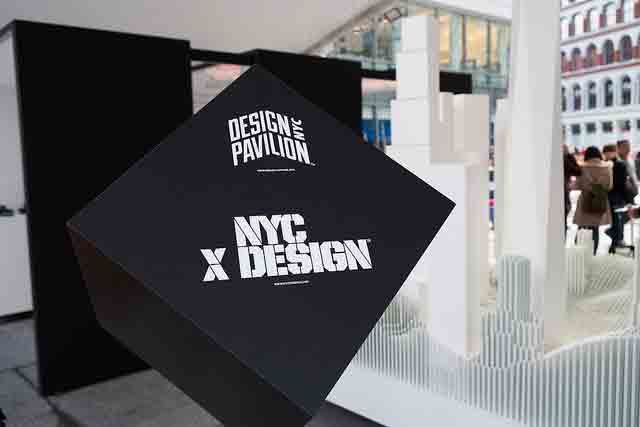 Program includes hundreds of events throughout the City, 2nd annual NYCxDESIGN Awards, and a brand-new Design Pavilion in Times Square

program includes hundreds of events taking place throughout the five boroughs from May 3 – 24, 2017. NYCxDESIGN focuses on the City’s cultural and commercial opportunities, elevates established and emerging design practices and increases local and international awareness of, and appreciation for, design.

“New York is the global capital of design. NYCxDESIGN showcases our own homegrown talent, brings ideas, art and innovation from all over the world. With more exhibits and partners than ever, this year¹s events are not to miss,” said Deputy Mayor Alicia Glen.

“With events across all five boroughs, we invite New Yorkers and visitors to experience the fifth annual NYCXDESIGN and discover the City’s vibrant design community,” said Fred Dixon, President and CEO of NYC & Company, the City’s official destination marketing organization. “The three-week celebration has become a must-see among our global visitors as it is a chance to experience the unique innovation, art and creativity only found in New York City.”

Created in 2013 with the support of the New York City Council, NYCxDESIGN has grown in scope and popularity both locally and internationally. The event provides a unifying platform for New York City’s diverse design community and highlights their contributions to the city’s unique cultural fabric and economy while previewing the latest in global design.

For 2017, NYCxDESIGN is pleased to have Swiss watchmaker, Rado, return as the Official Watch Sponsor of NYCxDESIGN. As part of its participation, Rado will host its second stateside edition of the Rado Star Prize together with WantedDesign.

The New York City metro area is home to over 7,500 design firms and over 50,000 full-time designers, and more than any other metro area in the US, more than Los Angeles and Chicago combined. Having increased by over 30% in the last decade, design firms generate over $555 million annually in City tax revenue and full-time designers earn $50,000 a year on average, indicating positive opportunities for income mobility. New York City is also home to ten prominent design and architecture schools and graduates twice as many design and architecture students as any other city in the US.

In an effort to expand the global impact of NYCxDESIGN, the program has been represented at a number of international design weeks including Milan, Shanghai, Barcelona, and Tokyo.