present the NYC Premiere of 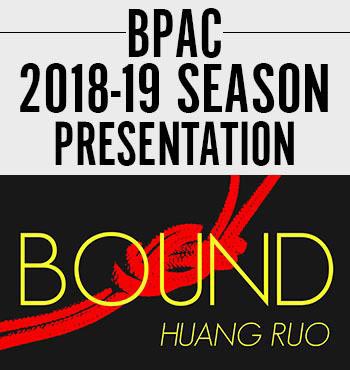 Bound is based on the true story of Diane Tran, a second generation Vietnamese American and 11th grade honor student who takes two jobs to support her family after her parents’ divorce. As the eldest child, she is bound by her Vietnamese heritage to care for her siblings after her mother leaves. When Diane’s overextended schedule results in multiple absences from school, the administration exercises its right under Texas law and sends her to court, where she is sentenced to a short jail term.

Combining Eastern and Western instruments and musical techniques, Boundfluidly interweaves the past and the present as it explores the cultural conflicts immigrants face on a daily basis. “To me, a Vietnamese refugee living in America,” says librettist Bao-Long Chu, “the notion of being bound to one’s culture (and the struggles therein) is not just an idea, but my life writ large.”

Huang Ruo (Composer/Music Director) has been lauded by The New Yorkeras “one of the world’s leading young composers” and by The New York Timesfor having “a distinctive style.” His vibrant and inventive musical voice draws equal inspiration from Chinese ancient and folk music, Western avant-garde, experimental, noise, natural and processed sound, rock, and jazz. As a member of the new generation of Chinese composers, his goal is not just to mix both Western and Eastern elements, but also to create a seamless, organic integration. Huang Ruo’s diverse compositional works span from orchestra, chamber music, opera, theater, and dance, to cross-genre, sound installation, multi-media, experimental improvisation, folk rock, and film. Huang Ruo was the first composer-in-residence of Het Concertgebouw Amsterdam. He is also in residence at the National Symphony Orchestra of Taiwan. Huang Ruo was born in Hainan Island, China in 1976-the year the Chinese Cultural Revolution ended. His father, who is also a composer, began teaching him composition and piano when he was six years old. Growing up in the 1980s and 1990s, when China was opening its gate to the Western world, he received both traditional and Western education at the Shanghai Conservatory of Music. He moved to the United States to further his education, earning his Bachelor of Music degree from the Oberlin Conservatory of Music and Master of Music and Doctor of Musical Arts degrees in composition from the Juilliard School.

Founded in 2013, Fresh Squeezed Opera dedicates itself to providing composers with a platform to present their new music, specifically focusing on vocal works and fully-staged opera. In its five years of operation, the company has presented over 25 composers’ works, with consistently sold-out houses as a testament to the power of new music. Fully staged operatic productions include the World Premieres of Spencer Snyder’s Scopes, Whitney George’sThe Yellow Wallpaper, and Jillian Flexner’s La Zombiata, as well asthe New York Premieres of Constantin Basica’s Knot An Opera!, Kevin Wilt’s Prix Fixe, and Bruce Trinkley’s Baby Shower.