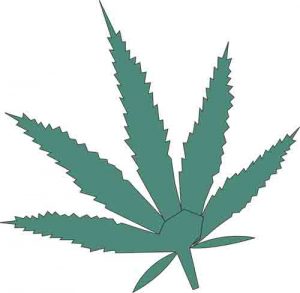 “This event was started back in the early 70’s by Drug Policy advocate, Dana Beal, through his organization, Cures not Wars. Always focused on cannabis and drug policy, and always taking place the first Saturday of May but has gone by many names: Fifth Ave Pot Parade, Jay Day, Cannabis March, The Yippie Parade and more….

In 1999, this Yippie NYC tradition went Global under the new goal & moniker: The Million Marijuana March, but as that was quickly exceeded with over 500 cities in dozens of countries participating the first year, it blossomed into a huge grassroots global movement: The Global Marijuana March (GMM), with reportedly over 800 cites in 2016.”

11:00 m
The Parade assembly will start gathering at the intersection of West 31st and Broadway, with some speakers and our MC to rally up the crowd.

12:30 pm
The Parade will step off from West 31st and Broadway then march down Broadway towards Union Sq. The route takes 30 minutes to complete.

1:00 – 5:00 pm
The rally be located at Union Square South Plaza and will consist of a mix of activism, speakers and entertainment for four hours in Union Sq.

Visit as well the official site for additional details…

The following would be last year’s (2016) Press Release:

(New York, New York) – Social justice advocates and ordinary New Yorkers will march from midtown Manhattan down Broadway to Union Square demanding the legalization of cannabis for adult use as a way to reduce crime, end the mass incarceration epidemic, help the sick by providing alternatives to prescription pharmaceuticals, and create economic opportunities, especially for those who are victims of the war on drugs. “Recent events have demonstrated that New York’s overly-restrictive ‘medical marijuana’ law, the Compassionate Care Act, is not an adequate solution to any problem associated with cannabis prohibition, including for a vast majority of those who are sick and need it. The time has come for elected officials to begin discussing full legalization in New York, starting with the Marihuana Regulation and Taxation Act, the ‘MRTA,’ now pending in Albany,” said Parade organizer Noah Potter. “On Saturday we will spread the message that the legislature must be made to take cannabis legalization seriously and begin the process of moving Senate Bill 1747A and Assembly Bill 3089A to a vote.”

Parade assembly will begin at West 31st Street and Broadway at 11:30 a.m. with a speakout on the social justice and public health impacts of cannabis prohibition. At 12:30 the parade will step off led by Grand Marshals Jack Cole of LEAP and parade-founder and drug policy reform pioneer Dana Beal. They will be joined by a multi-generational mix of organizations and individuals who believe that there is an urgent need to legalize cannabis in New York. At 1 PM the parade will arrive in the South Plaza of Union Square Park for a pro-legalization concert with multi-genre entertainment, including 420: The Musical, Lord Digga Da Heisman with Family & Friends, and the Kazoo Crew Family Band, and a rally featuring New York City Council Member Rafael Espinal, Retired State Police Lieutenant and co-founder of LEAP (Law Enforcement Against Prohibition) Jack Cole, Green Party political candidates, representatives of Students for Sensible Drug Policy, Empire State NORML, ACT-UP, the NY Cannabis Alliance, the East Coast Cannabis Coalition, and other veteran local social justice and drug policy reform activists.

“As we come to accept marijuana’s medical benefits, we must also acknowledge the devastating effects our drug laws have on people’s lives, particularly young people of color. Every year thousands of New Yorker’s are arrested for possessing small amounts of marijuana, a practice that tarnishes their records, and impacts their lives for decades. We’ve taken a step in forward with the legalization of medical marijuana, but now I believe it’s time for full legalization, let’s reform our drug laws and join the growing list of states who allow recreational use,” stated New York City Council Member Rafael L. Espinal, Jr, who is a supporter of sensible cannabis law reform.

Friend of the event and New York City Council Member Jumaane D. Williams said:“The legalization of marijuana is a trend we are starting to see across the country. Colorado and Oregon are among some of the states that have passed legislation allowing for recreational and medicinal use of marijuana. It’s time that a progressive city like New York follows that trend. Legalizing marijuana will save New York millions of dollars. According the Drug Policy Alliance, the City spent $75 million in 2010 prosecuting marijuana arrests. That’s valuable money that can be used to fund other important initiatives in the City such as affordable housing.”

The war on drugs has failed our country, and even law enforcement personnel are speaking out. “Legalized regulation of marijuana will remove it from the hands of drug cartels and US street gangs destroying 60% of their incomes. It will curtail our sacrificing more than 800,000 people a year–mostly the young–on the altar of the drug war via marijuana arrests. It will allow our police to spend much more time preventing and solving violent crimes. And taxes from its legal sale will help many underfunded governmental programs,” said Jack Cole, Co-Founder of LEAP and Retired NYPD Detective and NJ State Police Lieutenant.

New York City is the founding location of the Global Marijuana March, a worldwide event that traditionally takes place on the first Saturday of every May in nearly 200 cities across the globe. From its beginning in the early 1970s, the Cannabis Parade’s message has been the wisdom of ending Prohibition and regulating cannabis like alcohol.