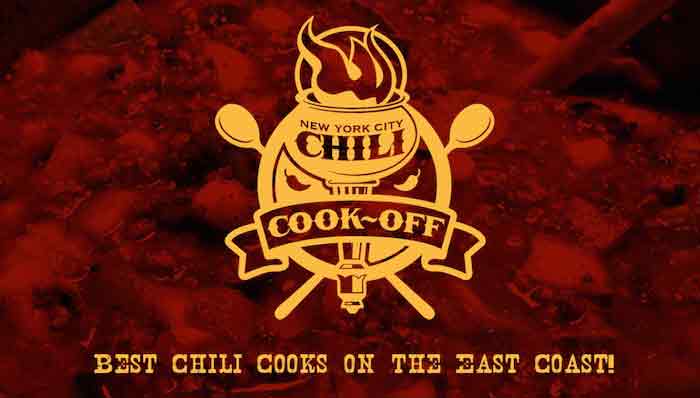 Visit their site for additional details…

Staten Island, New York – April 4, 2016 – Historic Richmond Town is the museum where food is culture and the Big Apple is the culinary capital of the world.  You just have to expect that foodies from far and wide would travel a little further to get a little wider at the institution’s NYC BBQ Cookoff on April 9th.  For years, competitors from all over the eastern region have towed their rigs to the smokey festival to win the big prizes and chew the fat with the hungry public.  But this year, the English are coming.  And the Germans.

Scott Lane of England’s Miss Piggy’s U.K says, “I can’t put into words how excited my wife Lyndsey and I are about coming to the BBQ competition in Staten Island. We have been competing for 6 years and our goal is to try to compete in every state of America.”  Scott and Lyndsey took notice of the popularity and prestige and waited for the time when their vacations lined up with the event dates.  Scott says, “This year became the ‘must do’ moment!”

The Lanes are jetting to Staten Island directly from Texas where they will be competing in the Lone Star State’s big event – the Cedar Fest BBQ in Cedar Park, TX.  They don’t need to fly their smoker with them because they borrow a rig from one of  the local teams wherever they go.  It’s all very friendly until the smoke begins to rise.  Then it’s every porker for him or herself.   With their plane tickets in hand and their secret rubs tucked in the luggage, the Lanes are beyond excited. They are in “pig heaven.”

Once the Lanes land in New York they will be judged by a Jet – a New York Jet.  Ron Heller, assistant offensive line coach of the NY Jets is back for another year at the judge’s table.  Heller, a KCBS certified judge, was thrilled to be part of the NYC BBQ team last year and is excited the event is growing. “This is a wonderfully done, professionally handled event that I became very acquainted with during the past few years.  I’m really glad to be coming back for another year as a certified judge for the NYC BBQ Cookoff.” Heller is very familiar with success after 12 NFL seasons as a player and now as a coach who has helped the NY Jets resurgence last season.

Heller will be joined by other judges like Tom Hermann of Meadow Creek BBQ, a commercial BBQ distributor.  “I am coming over from Germany for the Meadow Creek Dealer Day and open house. We are  now 4 years into European distribution so we visit the New York area one or two times a year and discover what’s new.”

Back home Mr. Hermann organizes the biggest barbecue contest outside the US, the Ruhrpott BBQ in Germany.  He is passionate about discovering new ways to make BBQ events better.   “I love to see the competitions in the States and learn how we can improve in Germany. The NYC BBQ Cookoff is one the best in the U.S. so we’ve come again to judge this great event!”

For the past 4 years, the NYC BBQ Cookoff has been New York City’s only sanctioned event by the Kansas City Barbecue Society. The event blends contemporary cooking with traditional crafts and American history.  Each year over 4,000 food lovers stroll through the historic town sampling top barbecue while soaking in the past. It’s fun for the entire family.

This year the festival has added something special for the serious smokers who want to learn a little bit more about that slowed-cooked, savory meat.   The night before the BBQ, there will be an official  KCBS BBQ Certified Table Captain Class.  The course teaches the duties and responsibilities of the Table Captain at a KCBS Barbecue Contest.  The Captain is responsible for maintaining control of a judging table, keeping the flow of entries timely, and helping to prevent any violations of KCBS rules.  The handling and direction of the judges at each table will help ensure the table’s entries will be judged and treated fairly. Whether you’re a judge, a competitor or just epicurious, the BBQ Certified Table Captain Class will give you an edge when it comes to competitive barbecue.

Hold onto to your brisket because the gravy train is rolling in. Grab your tickets online at a discount and hurry down to Historic Richmond Town’s 5th Annual NYC BBQ Cookoff.   This is where America’s favorite meat meets America’s favorite historic town.