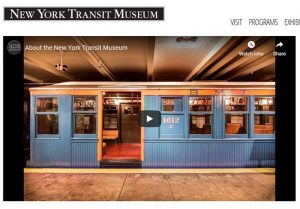 All Transit Museum locations are temporarily closed to the public, but we’re still here to keep you on track!

Hop aboard and join them on a virtual ride through New York’s mass transit history with fascinating digital exhibits and new online programs for all ages.

As we round out Women’s History Month, join us for a two-part digital discussion about women’s roles in transit over the last century.

Learn about pioneering women in transit, including those who joined the Transit workforce during World War I, became Transit Police officers in the 1950s, and were the first women subway operators of the 1970s and 80s. Explore the stories of women who thrived in traditionally male-dominated fields and learn how these roles have changed over time.