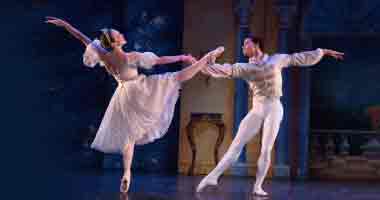 New York Theatre Ballet (NYTB) presents Cinderella, part of the Once Upon a Ballet series for families, on March 12, 2017 at 3:00 pm at Schimmel Center at Pace University, 3 Spruce Street, NYC.  Tickets are $10 for children, $20 for adults.

Single tickets are available through www.schimmelcenter.org, or by calling the box office at 212-346-1715. For more information, visit www.nytb.org.

“For all their childlike wonder, most story ballets don’t cater to the average kids’ attention span. With it’s long-running Once Upon A Ballet series, New York Theatre Ballet consolidates the classics into hour long productions for the under-10 crowd and puts parents’ minds at ease.” -The New York Times

Over the last 30 years, NYTB’s Once Upon A Ballet series has introduced thousands of youngsters in New York City and around the country to the world of ballet and dance, fostering their knowledge and appreciation of the performing arts and building audiences of the future.

For additional information and up-to-the-minute updates, contact the Schimmel Center Box Office at (212) 346-1715.

This season’s dance series is sponsored by SHS Foundation.

New York Theatre Ballet (NYTB), founded in 1978 by artistic director Diana Byer, has been hailed by The New York Times as “an invaluable company.” NYTB is dedicated to inspiring a love of dance in diverse audiences through performances of chamber ballet masterpieces and bold new works, as well as innovative one-hour ballets for children, all at affordable prices.