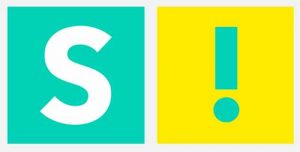 Basquiat and Warhol once roamed these streets, but there’s a new kid in town. Enter Superfine! Art Fair. Equal parts punk rock spirit and accessible art market innovation, Superfine! brings a new look and location to its 2019 New York fair, leaving the Meatpacking and landing at 107 Grand Street in Soho from May 1-5. A transparent, approachable player in an often stuffy and opaque art market, Superfine! believes that buying art should be a simple process and that an art fair should be an enjoyable atmosphere where anyone who wants to collect art can do so.

Other exhibition highlights include mysterious Brooklyn-based artist Andy Blank, whose none-too-understated mission is to create “f*&%ing awesome” artwork under $200 using museum-quality materials. As rumors swirl about the real identity of the artist, their first major fair install will take place at Superfine! NYC.

Superfine! has partnered with Moniker Art Fair in nearby NoHo to provide access to both fairs via a Downtown Double Dip fair pass allowing guests access to both fairs during open admission hours from Friday, May 3 to Sunday, May 5. The pass, at $25, shakes out to a 20% discount and encourages fairgoers to experience both fairs’ perspectives in the same day. Moniker, borne from London’s Shoreditch urban art scene, exemplifies the best in emerging and established artists from the urban and street art genres. Both fairs will also reciprocally welcome VIP guests and collectors to enjoy the full program of each fair.

Superfine! NYC will take place from May 1-5 at 107 Grand Street in Soho, Manhattan. Tickets are available at superfinenyc.eventbrite.com and include complimentary beer or wine for fairgoers.