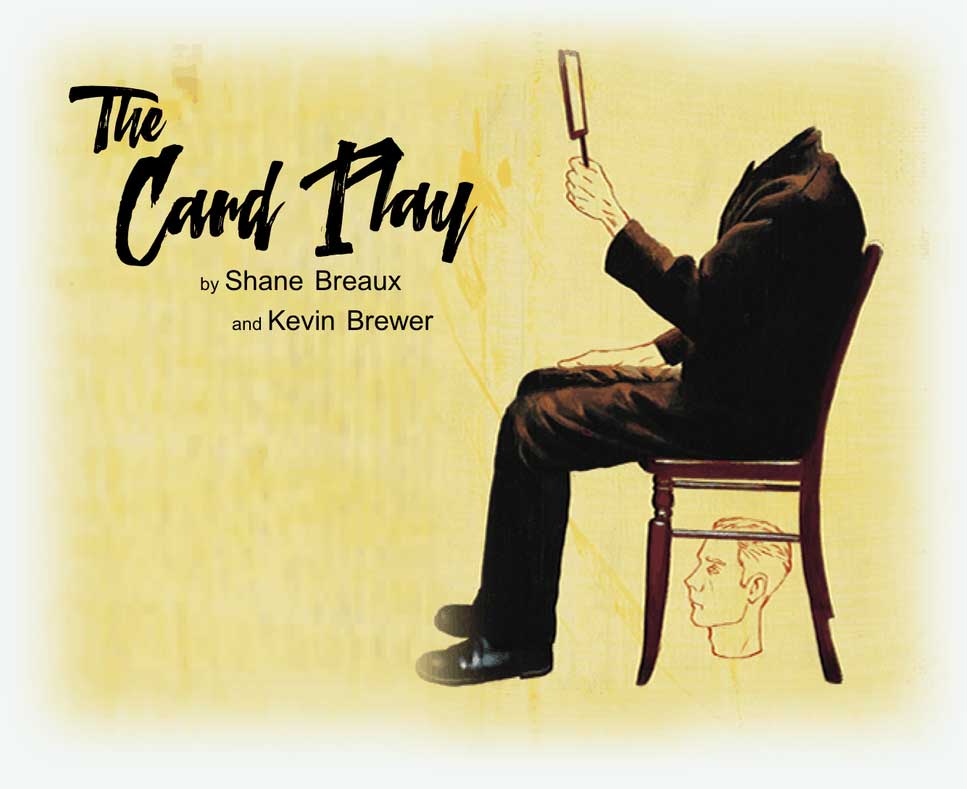 The Card Play, co-written by Shane Breaux and Kevin Brewer, explores the power and fallibility of memory by following Mark, a painter, through the twists and turns of his life. At each performance, the order of his memories is randomly arranged by the shuffle of a deck of cards, creating for a unique experience for each and every audience. The randomized style of the performance allows for more than 469 million versions of the play and invites the audience to experience, alongside the actors, a palpable sense of how memories appear and disappear throughout our lives.

The event is free, but reservations are strongly encouraged. Visit www.nysx.org to reserve your seat.

New York Shakespeare Exchange bridges cultural divides, starts conversations, promotes education, and brings communities together through diverse, classically based programming that re-imagines how Shakespearean theater and poetry can impact our modern world. Brimming with an unwavering sense of adventure, their work honors the legacy of the Bard while intersecting his poetry with today’s ever-changing social, political, and technological landscapes. From star-crossed lovers wooing across a crowded bar, to sonnets interpreted as independent film, to live productions that highlight Shakespeare’s verse in a contemporary context, our projects challenge expectations and lead us forward to continued innovation.

NYSX is internationally known for its The Sonnet Project (in which more than 1,500 volunteer filmmakers from around the world have joined the discussion by creating short films in New York locations based on all 154 Shakespeare sonnets). NYSX also produces at least one mainstage production a year. This past season NYSX staged a critically acclaimed, new adaptation of Midsummer Night’s Dream, conceived and directed by Brendan Averett which ran in January/February 2019 at the Secret Theater in Long Island City, NY.

In the coming months, NY Shakespeare Exchange will offer a number of exciting community-based events including the next iteration of their Freestyle Lab series-part performance, part lecture, and part town hall conversation. This fall, NYSX will present three of our signature Freestyle Labs at the New York Public Library at 53rd Street on October 22, and November 19, 2019.
www.NYSX.org