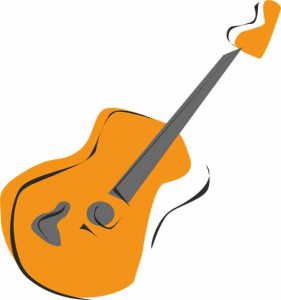 In recent years, the Festival has focused on taking the guitar into unlikely spaces, such as a day and night of ragas, or within the medieval ambience of The Met’s Cloisters Museum, or casting it as the new “voice” of silent films. It’s been more than a decade – not since the 2006 Spanish Marathon – that the Festival has specifically concentrated on the country most listeners think of when they hear classical guitar.

“Los Sonidos de España/The Sounds of Spain” casts a fresh glance at standard classics and flamenco roots. Joining us are two legendary guitarists, Sharon Isbin and Pepe Romero, who will perform solo and in duos with special guests in the evening concerts. For our afternoon matinees, we welcome two artists who blur the lines between classical and flamenco – Adam del Monte and Marija Temo. Expect some singing and dancing during their sets!

“A​ quintessential emblem of Spain, Flamenco is an art form that originated in the southern province of Andalusia. A fusion of Moorish, Gypsy, Jewish and Spanish cultures, it has historically been the musical outlet of the poor and oppressed. Flamenco never tells a story, it is more of a “cry in the dark” with the artists lamenting of their plight,​” explains David​ Spelman, the Artistic Director of the New York Guitar Festival.​ Spelman adds, “guitar​ playing (toque) is one of the three pillars of Flamenco, the other two being singing (cante) and dance (baile). And while the guitar has a central role in accompanying singers and dancers, it has developed into a solo artform on its own.​”

Two-time Grammy Award-winner, Sharon Isbin commented: “I’m​ thrilled to return to the NYGF to celebrate music from the rich, magnificent tradition of Spain, with its seductive passion, yearning, nostalgia and joy!​”

“We’re​ thrilled to welcome back the New York Guitar Festival for its 10​th year at Brookfield Place,​” said Elysa​ Marden, Vice President, Arts Brookfield.​ “By​ bringing these world-class artists to the Winter Garden, The Sounds of Spain performances are sure to electrify guests and excite a wide range of guitar enthusiasts​.”

All events are FREE to attend and will be held in the Winter Garden at Brookfield Place (230 Vesey Street).

Known for the introspective lyricism of his classical guitar style as well as the exuberant spontaneity of his flamenco repertoire, Adam del Monte delights and moves audiences with his mastery of both art forms. In addition to performing iconic works by Albéniz and Tárrega, del Monte has composed two concertos for flamenco guitar and orchestra. His most recent recording, Asi lo siento yo, features collaborations with other flamenco musicians in songs that integrate aspects of tango, jazz, and Gypsy soul. Del Monte has also made music for the Los Angeles Guitar Quartet, Osvaldo Golijov, and film composer John Williams. Joining del Monte for his afternoon program will be the flamenco dancer and choreographer Sonia Olla (described by the New York Times as “a furnace of earthy sensuality”) and her partner, the Seville-born cantadore Ismael Fernández.

Classical guitar legend and Festival friend Pepe Romero returns to the NYGF for the first time since 2014. On that occasion, Romero gave an all-Bach recital. This time, the maestro will pay tribute to his father, Celedonio Romero, and the music of Spain, particularly that of his native Málaga. Romero will focus on flamenco guitar, bringing with him a to-be-announced roster of special guests, singers, and dancers. Among his celebrated accomplishments, Romero has premiered works – composed especially for him – by Rodrigo and Torroba. He’s recorded more than 60 albums across his career, 30 of which were as part of a quartet with his father and brothers in The Romeros, an ensemble widely regarded as “The Royal Family of the Guitar.” In addition to championing new works for the instrument, Romero has also rescued previously lost concerti by Giuliani and Carulli, among others, bringing them out of the archives and into the light.

Triple threat Marija Temo does it all: she sings, dances, and fiercely plays flamenco guitar. Praised for her formidable chops, Temo plays a guitar specifically tailored to the nuances of both classical and flamenco; she co-designed this unique instrument with luthier Tom Rodriguez. Although immersed in flamenco tradition, Temo also plays pop crossover and solos with symphonies. Composer Loris Ohannes Chobanian wrote the Concierto del Fuego especially as a showcase for Temo’s individual synthesis of classical rigor and Spanish style. She performed in Fuego Ibérico, a flamenco musical inspired by cabaret. Currently, she serves as Guitar Chair at the Wisconsin Conservatory of Music. Temo received a Master’s degree from the Peabody Conservatory, where she studied with Manuel Barrueco. Her solo recital at this year’s NYGF marks her first appearance at the Festival since “Audible Cloisters” in 2016.

New York Guitar Festival proudly welcomes back Sharon Isbin, whose performance last year was a major highlight of the 2017 Festival. This time, Isbin’s program will feature a combination of solos and duos with her guest, the Brazilian jazz guitarist Romero Lubambo. Isbin and Lubambo, who performed together in the award-winning documentary Sharon Isbin: Troubadour, share a lyrical sensibility that makes their duets a natural elision of improvisation, classical music, and cross-cultural exploration. A two-time Grammy winner and founder of the guitar department at Juilliard, Isbin has premiered works by Tan Dun, John Corigliano, and Christopher Rouse, among other composers, that were written especially for her. Isbin’s most recent recording, Alma Española, pairs her with the mezzo-soprano Isabel Leonard for a set of Spanish art songs by Montsalvatge, Agustín Lara, and Lorca. Hailed as much for her “mesmerizing finesse” as for the range of her repertoire, Isbin has recorded everything from Baroque and Renaissance to contemporary classical to Latin American traditions in Journey to the Amazon.

Brookfield Place is the downtown escape for fashion, food and art on the Hudson River. Its palm filled Winter Garden and Marble Grand Staircase create a calming backdrop for an exclusive collection of shops (including Saks, Gucci, and J.Crew), arts exhibits, and some of the city’s most talked about food purveyors and restaurants from Black Seed Bagels to the Michelin Starred Le District. Whether exploring the latest art installation, catching the sunset, or browsing our stores, Brookfield Place always offers something to discover.

Brookfield’s global investing expertise and access to large-scale capital, combined with Brookfield Properties’ well-established position as the commercial landlord of choice in many of the world’s most dynamic markets, provides a unique advantage. It also assures premier-quality commercial premises and optimal outcomes for our tenants, business partners and the communities in which we operate.

Our vertically integrated real estate capabilities are established in each of Brookfield’s target sectors and regions around the globe, ensuring that our assets are managed to maximize the tenant experience, with a focus on integrating new real estate technologies that keep us at the forefront of innovation and sustainability.