In conjunction with the U.S. Premiere of 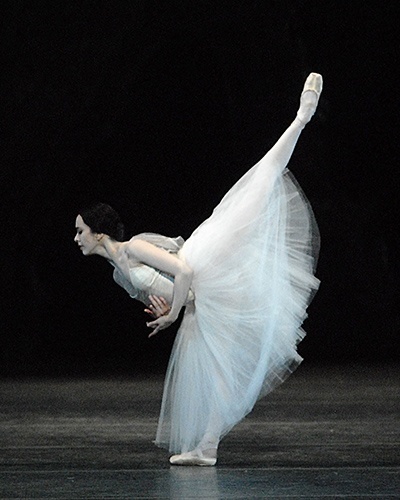 New York, NY, February 4, 2015 – Prominent Cuban and Cuban-American dance artists will discuss how evolving relations between the United States and Cuba will affect the arts and cultural exchanges between the two countries in a free panel on Wednesday, February 18 at 6:15 pm at New York City Center. Scheduled participants will include Xiomara Reyes, principal dancer with American Ballet Theatre; Eduardo Vilaro, artistic director of Ballet Hispanico; and Ben Rodriguez-Cubeñas, a leader in Cuban arts advocacy. The panel will be held in conjunction with the opening performance of Havana Rakatan, a U.S. premiere by the acclaimed Cuban dance company Ballet Rakatan, running February 18 – 22 at New York City Center.

Born in Cuba, Xiomara Reyes studied at Cuba’s National Ballet School. Upon her graduation, she danced as a soloist with La Joven Guardia, the second company of Cuba’s National Ballet. She danced with Royal Ballet of Flanders for seven years, rising to the rank of First Soloist Reyes joined American Ballet Theatre as a Soloist in January 2001 and became a Principal in 2003.

Eduardo Vilaro, a first generation Cuban-American, joined Ballet Hispanico as a dancer in 1985 and became its artistic director August of 2009, becoming only the second person to head the company since it was founded in 1970.

Havana Rakatan is a high-energy slice of Havana culture that charts the evolution of Cuban music and dance over the country’s 500-year history, from the West African rhythms brought by slaves beginning in the mid-16th century, to the jazz, mambo and bolero of the 1940s, the rumba and cha-cha of the 1970s, and the salsa and son of modern-day Havana. It features the eight-piece Cuban son band Turquino, which will perform live onstage. It is the opening presentation of City Center’s A Bailar: Dance at the Center Latin dance festival, running February 18 – March 7. The Festival continues with Sidi Larbi Cherkaoui’s m¡longa, which captures the sultry world of Buenos Aires tango. Voces, Suite Flamenca, a new work from flamenco superstar Sara Baras, closes A Bailar. (For complete schedule, visit NYCityCenter.org)

Ballet Rakatan is one of Cuba’s most successful cultural exports. The company was founded by dancer-turned-choreographer Nilda Guerra in 2001, when she was just 24. Havana Rakatan made its hugely successful debut in 2007 at the Peacock Theatre in London and has since toured all over the world. Nilda Guerra directs a versatile company of dancers, most of whom are graduates of the renowned Escuela Nacional de Arte de la Habana, which combines contemporary dance training with Cuban dance and Latin styles.

New York City Center (Arlene Shuler, President & CEO) has played a defining role in the cultural life of the city since 1943. It was Manhattan’s first performing arts center, dedicated by Mayor Fiorello La Guardia with a mission to make the best in music, theater and dance accessible to all audiences. Today, City Center is home to many distinguished companies, including Alvin Ailey American Dance Theater, City Center’s Principal Dance Company, as well as Manhattan Theatre Club; a roster of renowned national and international visiting artists; and its own critically acclaimed and popular programs. The Tony-honored Encores! musical theater series has been hailed as “one of the very best reasons to be alive in New York.” In summer 2013, City Center launched Encores! Off-Center, a new series featuring landmark Off-Broadway musicals filtered through the lens of today’s most innovative artists. Dance has been integral to the theater’s mission from the start, and dance programs, including the annual Fall for Dance Festival, remain central to City Center’s identity. Vital partnerships with arts organizations including Jazz at Lincoln Center and London’s Sadler’s Wells Theatre enhance City Center’s programmatic offerings. City Center is dedicated to providing educational opportunities to New York City students and teachers with programs such as Encores! In Schools and the Young People’s Dance Series. Special workshops cater to families, seniors, and other groups, while events such as the Fall for Dance DanceTalk series offer learning opportunities for the general public. In October 2011, City Center completed an extensive renovation project to revitalize and modernize its historic theater.