Please look below for a related photo gallery 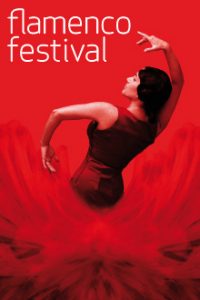 The opening  gala on March 6 and 7 will star some of flamenco ́s greatest stars, representing the dance in all its fiery glory, in an evening of flamenco showcasing the best of modern flamenco. Directed by Ángel Rojas, this gala brings together four of the world ́s most celebrated flamenco dancers: the master of flamenco Antonio Canales, a true master of the form; Carlos Rodríguez, the renowned choreographer of Nuevo Ballet Español; the riveting Karime Amaya; and the young star Jesús Carmona, accompanied by musicians and three female dancers.

The Festival continues with two New York premieres by Eva Yerbabuena:  AY!  on March 8 and Lluvia on March 9.   In AY! (2013), Yerbabuena returns to a more traditional format: a series of solo set pieces with live musical accompaniment. Lluvia (2010) showcases Yerbabuena at her most elegant and emotive.  Accompanied by four dancers and her critically acclaimed ensemble of musicians, she delivers an unforgettable tour-de-force performance in what has been described as the most sophisticated and powerful production of her career.

Famed for her speed, power, and dramatic footwork, Eva Yerbabuena is considered one of the world’s finest flamenco dancers. Yerbabuena was awarded Spain’s National Dance Prize in 2001 in recognition of her place among the great figures of flamenco. Among her international credits is a collaboration with famed German choreographer Pina Bausch in which she appeared with Mikhail Baryshnikov.

New York City Center (Arlene Shuler, President & CEO) now in its 70th year, has played a defining role in the cultural life of the city since 1943. It was Manhattan’s first performing arts center, dedicated by Mayor Fiorello La Guardia with a mission to make the best in music, theater and dance accessible to all audiences. Today, City Center is home to many distinguished companies, including Alvin Ailey American Dance Theater, City Center’s Principal Dance Company, as well as Manhattan Theatre Club a; a roster of renowned national and international visiting artists; and its own critically acclaimed and popular programs. The Tony-honored Encores! musical theater series has been hailed as “one of the very best reasons to be alive in New York.” In summer 2013 City Center launched Encores! Off-Center, a new series featuring seminal Off-Broadway musicals filtered through the lens of today’s most innovative artists. Dance has been integral to the theater’s mission from the start, and dance programs, including the annual Fall for Dance Festival, remain central to City Center’s identity. Vital partnerships with arts organizations including Jazz at Lincoln Center and London’s Sadler’s Wells Theatre enhance City Center’s programmatic offerings. City Center is dedicated to providing educational opportunities to New York City students and teachers with programs such as Encores! In Schools and the Young People’s Dance Series. Special workshops cater to families, seniors and other groups, while events such as the Fall for Dance DanceTalk series offer learning opportunities to the general public. In October 2011, City Center completed an extensive renovation project to revitalize and modernize its historic theater.