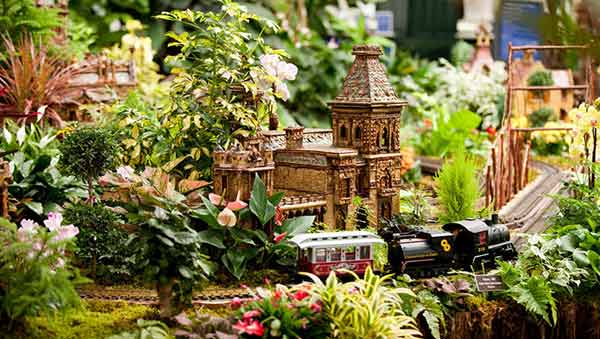 Celebrate the season inside the New York Botanical Garden’s 25th annual Holiday Train Show, where G-scale model trains zip around you on a nearly half-mile journey around a miniature version of New York City, all under the twinkling glow of the Enid A. Haupt Conservatory. Visionary artist Paul Busse and his team have created a world filled with tiny versions of such tourist attractions as the Brooklyn Bridge, the Statue of Liberty and Rockefeller Center — 150 replicas in all — intricately crafted with bark, leaves and other natural materials. The recent exhibition expansion continues with more trains and a true New York finale featuring a whimsical tribute to the iconic Coney Island amusement park’s architecture and attractions. Don’t miss this unique melding of art, nature, science and imagination that The New York Times calls “one of New York City’s best holiday gifts to itself.” Be sure to select your specific entrance time to the Holiday Train Show when purchasing your tickets.