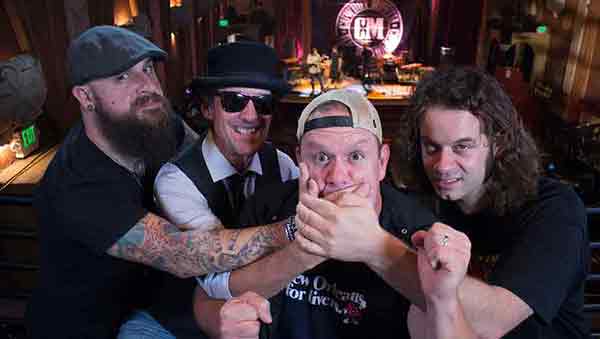 If the Neville Brothers and The Clash had a weird rock ‘n’ roll baby, it would be Cowboy Mouth. This New Orleans band plays rock the way it was meant to be played, and their live shows are well-known for their energy, excitement and entertainment. The name of the band is a term used by both Shakespeare and Bob Dylan, as well as the title of a play by Sam Shepard and Patti Smith. It means “one with a loud and raucous voice,” a term that describes the band very well. Catch them live at B.B. King’s Blues Club where Jane Lee Hooker will open the concert.