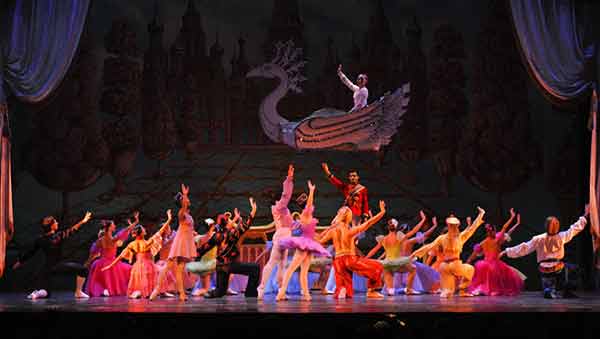 For the 46th year in a row, the New Jersey Ballet brings this seasonal favorite to sparkling life with live accompaniment by the New Jersey Symphony Orchestra, impressive special effects and a touch of holiday magic. Set to Tchaikovsky’s timeless score, The Nutcracker tells the story of a young girl who receives a magical nutcracker doll one Christmas Eve, and dreams of a wondrous journey to the Land of the Snow and the Kingdom of Sweets. This acclaimed annual production at the Mayo Performing Arts Center in Morristown has delighted generations of parents and kids with its dazzling toy soldiers, dancing dolls, battling mice, waltzing flowers and the delightful Sugar Plum Fairy.