at One Liberty Plaza 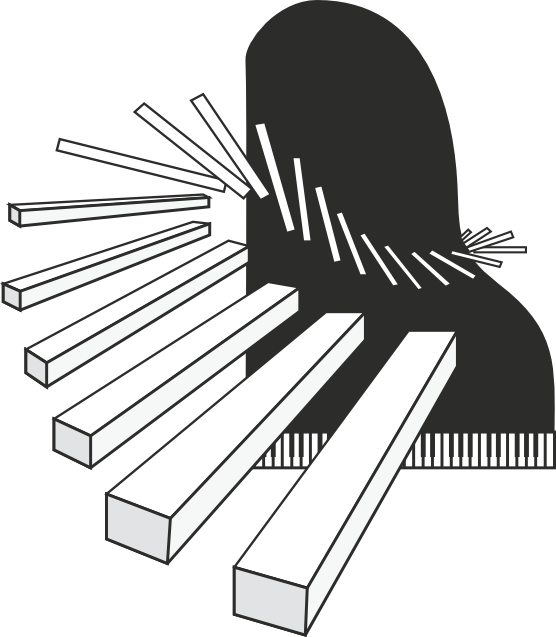 New Directions is a musical series featuring works which explore the cutting edge of solo piano performance. This August, we continue to explore new frontiers in virtuosity by featuring two of New York’s compelling new young Cuban pianists, Elio Villafranca and Manuel Valera, in solo performance. The other pianists on the series, Vadim Neselovskyi and Laszlo Gardony, interpret New York jazz through their perspective as master improvisers and observers of American piano culture.

Elio Villafranca is at the forefront of the latest generation of remarkable Cuban pianists, composers and bandleaders that for several years has been making major creative contributions to the international development of modern jazz. In the 2010 Grammy Awards he was nominated in Best Latin Jazz Album of the Year, for his performance, composition and co-production in the album Things I Wanted To Do by Chembo Corniel.

Manuel Valera was born in Havana, Cuba. Since 2000 he has lived in New York City, where he attended New School University. Valera’s compositional approach can be heard on his own recordings. Valera’s first CD as a leader Forma Nueva was released in 2004. Since then he has released Historia, Melancolia, Vientos, and Currents, a trio recording with Genus and Simpson. After a hiatus as a leader, to focus on sideman work, in 2012 Valera released New Cuban Express. This recording earned him a nomination for a 2013 Grammy Award in the category “Best Latin Jazz Album.”

Critics have praised NY-based pianist and composer Vadim Neselovskyi for “extraordinary playing” (Los Angeles Times), “exceptional composition skills” (musicweb-international.com) and “feathery touch” (New York Times). While mostly known as one of the key members of multiple GRAMMY winner Gary Burton’s Quintet, and as a featured pianist and composer on Burton’s Concord Records release Next Generation, Vadim is rapidly gaining reputation as a bandleader, creating a “thrilling blend of classical and jazz” (jazzreview.com).

Laszlo Gardony is an acclaimed artist who has performed for audiences in 25 countries and has released ten albums. Dave Brubeck called him a “great pianist” andJazzTimes “a formidable improviser who lives in the moment.” He is a graduate of the Bela Bartok Conservatory, the ELTE Science University, in his native Hungary, and Berklee College of Music. In 1987, Gardony won first prize at the Great American Jazz Piano Competition. A long-time Professor of Piano at Berklee, he leads his trio of ten years: bassist John Lockwood and drummer Yoron Israel, as well as his quartet and sextet. He has performed and recorded with Yoron Israel’s High Standards, Matt Glaser’s Wayfaring Strangers and toured with David “Fathead” Newman and the Boston Pops. Signed to Sunnyside Records, Laszlo has been recording for over 25 years. He has collaborated with such musicians as Dave Holland and Miroslav Vitous on his early recordings for the Antilles label. Gardony’s most recent album Clarity is a critically acclaimed solo piano recording released on Sunnyside Records in 2013.