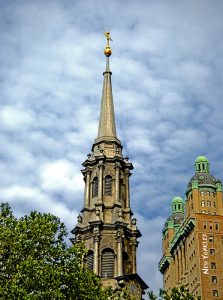 Fourth Friday of each Month until July

Movies will be shown from 7pm-9pm.

Give Netflix, Hulu and Amazon a break and head to St. Paul’s Chapel in Lower Manhattan for Neighborhood Movie Nights, beginning on Friday, December 19, and then in 2015, switching to the last Friday of each month.  Doors open at 6:30 PM, show time begins at 7 PM.   Admission and snacks (popcorn and drinks) are free. Films are suitable for general audiences – most are rated PG13.

The film series is supported and operated by Trinity Wall Street, an Episcopal parish in the city of New York. For more information on the films and other upcoming events, visit http://www.trinitywallstreet.org/events or check Trinity Wall Street’s Facebook and Twitter pages.