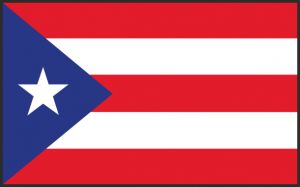 Oscar, Emmy, Grammy, and Tony-winning entertainer Rita Moreno, will serve as the Parade’s Grand Marshal, leading up the massive Parade of approximately 20,000 marchers and 2 million spectators, on June 14th. Salsa superstar Victor Manuelle will serve at the Parade’s King. Emmy, Grammy and Tony Award winner Lin-Manuel Miranda, star and creator of the upcoming Broadway musical “Hamilton”, will receive the “Nuestro Orgullo” (Our Pride) Award for his inspiring contribution to the American stage.

In a press conference held at the New York Regional Office of the Puerto Rico Federal Affairs Administration (PRFAA), Lorraine Cortés-Vásquez, President of NPRDP, joined the Parade’s Board of Directors to announce the continuation of “Un Pueblo Muchas Voces” (One Community, Multiple Voices), as the Parade’s overall theme.  A special commemorative theme has been added, “Celebrating Afro-Boricua Heritage”, meant to coincide with the designation of the next decade as the“International Decade for People of African Descent”, by the United Nations.

Following last year’s successful awareness campaigns focused on the legacy of poetJulia de Burgos (commemorating the centennial of her birth) and the Oscar López Rivera case (the civil and human rights case that has grabbed the attention of activists internationally), NPRDP will has launched a new campaign in 2015 focused on the environmental, social and economic crisis at Caño Martín Peña, a 3.75 mile-long canal located at the heart of San Juan’s metropolitan area, home to 8 communities with over 25,000 residents.

“Part of the Parade’s mission is to raise awareness about important issues that affect Puerto Rican communities across the board”, Cortés-Vásquez said. “The situation at Caño Martín Peña is very similar to the environmental justice struggles faced by Puerto Rican and Latino communities in the United States.  Our goal is to educate everyone about what is going on, in an objective way”.

As part of the awareness campaign, a delegation from G-8 and Proyecto ENLACE(two local advocacy organizations) will march on Fifth Avenue. A video about the ecological state of Caño will be shown at events leading up to the Parade, outreach will be conducted through NPRDP’s social media, and a special segment dedicated to highlighting the importance of Caño and its surrounding communities, will be shown on NPRDP’s television broadcast.

NPRDP’s 2015 State dedication was granted to Connecticut, home of one of the largest Puerto Rican communities in the United States. The Hartford Metropolitan Area has the 8th highest Puerto Rican population in the nation, surpassing 106 thousand people, according to the last Census.

Other 2015 honorees announced today include:

NPRDP in conjunction with The New York State Coalition of Hispanic Chambers of Commerce and The United States Hispanic Chamber of Commerce (Ignacio Veloz, Chairman), will host it’s first Puerto Rican / Hispanic Business Summit in New York City, on Friday, June 12th, 9:30 AM to 5:00 PM, at the Bank of New York Mellon. The event seeks to promote business development and collaborations in both Puerto Rico and the United States, and includes workshops and panels.

In a press conference held last month in San Juan, NPRDP announced that the 2015 Puerto Rico township dedication will go to Añasco, a tourist attraction located west of San Juan.  Other honorees announced in San Juan were:

The only official NPRDP 2015 events are: