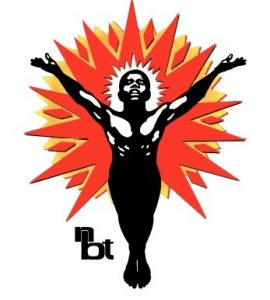 The hilarious take on growing up Black, Jewish and the daughter of a comedy icon—
directed by Kamilah Forbes—runs June 2 through 28

NEW YORK (April 20, 2015)—Rain Pryor’s one-woman autobiographical play will have its World Premiere at Dr. Barbara Ann Teer’s National Black Theatre (NBT) in Harlem, running Tuesday, June 2, through Sunday, June 28. “Fried Chicken & Latkes” is the actress-writer-comedian’s funny take on her mixed-race heritage and growing up the daughter of one of the world’s most beloved and iconic funny men, comic genius Richard Pryor.

“We are so excited for Rain to join the NBT family and round out the 46th season with ‘Fried Chicken & Latkes.’ This season, NBT has navigated the world through the eyes of the Black female playwright; and we complete this year-long journey with the healing power of laughter, through the nuance of identity. Our mission here at NBT is to create a home for every person that walks through our doors, to allow members of our community to see themselves in ways they may have never experienced before, activated by the unabashedly authentic stories on our stage. We hope you come out and enjoy Rain’s piece as she serves up home on a comically diverse and complex platter,” said Sade Lythcott, CEO of NBT.

The hilariously irreverent and poignant play is Rain Pryor’s one-woman, theatrical, cabaret-styled show based on her life growing up Black and Jewish. It has been in development for several years and performed in Atlanta; New York; Winston-Salem, NC; Baltimore; and Washington, DC. Recently, the actress joined forces with acclaimed director Kamilah Forbes (“A Raisin in the Sun,” “Lucky Guy,” “Stick Fly,” “The Mountaintop,” “Holler If Ya Hear Me”) to completely reimagine the work. In collaboration with NBT, Forbes has brought on a full creative team to mount the production, including Drama Desk Awardee Maruti Evans (scenic and lighting design), Dede Ayite (costume design), Eric Sluyter (sound design), Katherine Freer (projection designer) and Ayisha Hunt (stage management). Audiences can expect new songs, script elements and other production enhancements, including projection.

“The development of ‘Fried Chicken & Latkes’ has been cathartic and this fully mounted version is the culminating event,” said Pryor. “With Kamilah’s vision and the talent of a top-notch creative team, the June premiere marks the first time the show is more than me, a black curtain and a couple of black boxes. Thank the ancestors for creatives!”

Pryor plays the 11 characters most pivotal to her life and takes her audience on a musical journey through the late ’60s, ’70s and ’80s and some little-known family history. Along the way, she offers a unique perspective on race, identity and the loss of her iconic father, Richard Pryor.

Tickets are on sale now for the production, which is playing at National Black Theatre, 2031 Fifth Avenue between 125th and 126th Streets in Harlem. (Take the 2, 3, 4, 5 or 6 subway to 125th Street.) Previews run Tuesday, June 2, through Sunday, June 7, with tickets at $20. The production officially opens on Thursday, June 11, marked by an Opening Night Gala that includes a 7 p.m. reception and 8 p.m. show. Performances will run June 12–28 on Thursdays, Fridays, Saturdays and Mondays at 7:30 p.m., with a Saturday matinee at 2 p.m.; Sunday performances will be at 4 p.m. There will be no show on June 18. Tickets are $30 general admission with the following exceptions: All seats during the final week are $40 and an Opening Night Gala ticket (Thursday, June 11) is $50. Discount tickets of $20 are available for groups (10 or more), senior citizens, students, active military members and veterans. Tickets can be purchased online at www.nationalblacktheatre.org, by calling NBT directly at (212) 722- 3800, or at NBT’s Box Office from 1 p.m. to 6 p.m., Tuesday through Saturday.

Pryor made her TV debut on the ABC hit series “Head of the Class,” playing the tough-talking T.J., and starred opposite Sherilyn Fenn and Lynn Redgrave as Jackie on the Showtime series “Rude Awakening.” She is currently a co-host of ARISE TV’s “Arise and Shine,” which airs in New York, London and throughout Africa. Her stage credits include the title role of Billie Holiday in “The Billie Holiday Story” (UK Tour), Ella Fitzgerald in “Marilyn and Ella” (UK tour) and Lady in Red in “For Colored Girls Who Have Considered Suicide/When the Rainbow Is Enuf.”

As a standup comedian, Rain regularly headlines across the country, from the Florida Improv (with the Jokes on You Comedy Tour) to Carolines on Broadway and from the Funny Stop and Joke Factory to the Borgata, where she recorded her live comedy CD “Black & White,” which was just released.

Kamilah Forbes
Kamilah is a much-sought-after director of theater, television and live performances. On Broadway, she served as Assistant or Associate Director for “A Raisin in the Sun,” “Lucky Guy,” “Stick Fly,” “The Mountaintop” and “Holler If Ya Hear Me.” Recent productions of hers include “The Blood Quilt” (Arena Stage), “Detroit ’67,” (True Colors Theatre), “Fences” (People’s Light & Theatre), “Sunset Baby” (Labyrinth Theater Company), a New York Times Critics’ Pick, “Circle Unbroken” by Sekou Sundiata (651 ARTS), “Sweet Billy and the Zooloos” (SummerStage), Nas and the National Symphony Orchestra Tribute (Kennedy Center), Marvin Gaye Tribute with John Legend (Kennedy Center), “Wanted”  (PS122), “And Her Hair Went with Her” (New Jersey Repertory Company) and “Scourge” (Yerba Buena Center for the Arts, premiere of 14-city international tour). She is the producing Artistic Director of Hi-ARTS (formerly the Hip-Hop Theater Festival). Her television credits include serving as producer of HBO’s “Def Poetry Jam” and co-executive producer of HBO’s “Brave New Voices.” Ms. Forbes is a graduate of Howard University.

Founded by visionary Dr. Barbara Ann Teer in 1968, National Black Theatre (NBT) is a nationally recognized cultural and educational institution. Dr. Teer pioneered “the healing art of black theatre as an instrument for wholeness in urban communities where entrepreneurial artists of African descent live and work.” In 1983, Dr. Teer expanded the vision of NBT by purchasing a 64,000-square-foot building on 125th Street and Fifth Avenue (renamed “National Black Theatre Way” by local law in 1994). This was the first revenue-generating black arts complex in the country, an innovative arrangement through which for-profit businesses who shared NBT’s spiritual and aesthetic values rented retail space to subsidize the arts. Out of her vision, NBT houses the largest collection of Nigerian new sacred art in the Western hemisphere and is considered the authentic representation of a model whose time has come. NBT is partially supported by grants from the City Council of New York, City of New York Department of Cultural Affairs, Ford Foundation, Columbia Service Society and private donations. Visit www.nationalblacktheatre.org or follow NBT on Facebook (www.facebook.com/NationalBlackTheatre) and Twitter/Instagram (@NatBlackTheatre).