Joyful the Year of the Dog 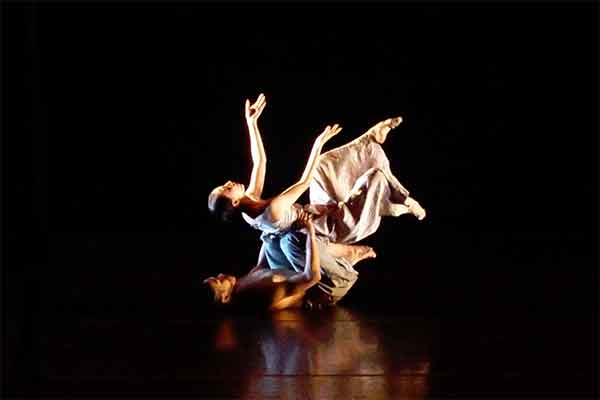 The Nai-Ni Chen Dance Company proudly announces the Company’s upcoming production for the Celebration of the Lunar New Year of the Dog at the Brooklyn Center for the Performing Arts on February 11th, 2018 at 3pm.  In addition, this fantastic production will also be presented by  Kupferberg Center for the Performing Arts in Queens on February 28 and March 1, 2018 at 10:30am, at the College of Staten Island on February 27th, 2018 at 10am, and at Lehman College in the Bronx on Wednesday, January 31, 2018 at 10am and 11:30am, as well as the New Jersey Performing Arts Center in Newark, NJ on February 8 and 9, 2018 at 10am and 12:30pm and February 10, 2018 at 2pm and 7pm.  These performances will include festive traditional dances, new work, music, visual art and crafts, showcasing the diverse talents of Asian American artists from the NY/NJ area, and that of the Company, whose mission is to foster cross-cultural understanding and developing new works that bring together the dynamic freedom of American spirit with the grace and splendor of Asian art.

For this celebration, in which many New York and New Jersey audience have made it an annual tradition, Nai-Ni Chen produced a program aiming to introduce the beauty, creativity, and diversity of Chinese and Chinese American arts in New York and New Jersey through high quality performance and activities.  As a tradition, the Company will begin the celebration with the a new and fantastic Double Lion Dance, where a dancer, dressed as a child, plays with two golden lions in stylized, coordinated acrobatic maneuvers.  The dance symbolizing the coming of the spring and a prayer for peace as a small child can be in harmony with the ferocious lions.

To celebrate the diverse Chinese folk cultures, the Company will offer coin stick dance based on the Han people’s culture in Hubei China.

This year, aside from festival programs featuring these wonderful traditional dances, the Company will be celebrating the special Year of of the Dog also with Internationlly renowned acrobat Lina Liu, also known as Miracle On Tiptoe who is a world record holder of the number of umbrella she can hold on her toes.  Through her toes and body, Lina Liu skillfully expresses the classical umbrella dance culture. Lina Liu has performed in some the most prominent events of all 5 continents including the World Expo and the World Davos Forum,

This year’s festival will also include traditional music by some of the most prominent musicians from the Chinese Music Ensemble of New York, the largest ensemble of top-tier classical Chinese Musicians China.

These colorful, culturally rich dances not only bring up the festive mood of the audience, they also provide them with the background to join the company in celebration of Nai-Ni Chen’s original creations based on her signature cross-cultural style that brings cultures together.  This year, she will feature two of her choreographic works that fuse the dynamism of American modern dance and the diverse, elegant splendor of her own Chinese culture. The final dance in Nai-Ni Chen’s Five Element series, Metal will feature 6 dancers dancing with swords and fans, which reflects the destructive and constructive power of the Metal. Nai-Ni Chen created this work not only to celebrate the New Year, but also to celebrate the cycles of nature that is the core of Chinese artistic tradition. She will complement with the Metal with Wood, a dance for five women using 10 feet Bamboo poles.  The dance is based on one of Nai-Ni Chen’s signature work, Bamboo Prayer, a dance about the inner strength of women.

Since 2005, Nai-Ni Chen has been experimenting with Chinese Bamboo Rap, a form of folk music that is prevalent in Beijing with strong social justice roots.  She will showcase this cross-cultural, cross-genre work: Bamboo Rap in the Year of the Dog.

According to the Chinese calendar, family and friends should expect 12 months of joyful togetherness in the Year of the Dog. This lively performance to mark the beginning of the year will warm the hearts and delight the senses of audiences of all ages. Dancers with colorful, elaborate costumes, musicians playing ancient melodies and dazzling acrobats fill the stage. The playful Lions bring in joy and good fortune.  The majestic dragons fly out of the ocean and charm the earth with a spell of peace and wealth.  The exotic music and dance from various parts  of China come together in a show of beauty and excitement. The festivities extend into the lobby, where an arts and crafts display showcases more of the culture and creativity of the Chinese-American community.

A Chinese New Year Celebration would not be complete without a visit to the auspicous Dragon.  The Company will be performing the Dragon Dance as a conclusion for this fantastic celebration.

One of the few Asian American professional dance company with an extensive season of touring and performing around the world.  Nai-Ni Chen has also developed Arts in Education residency programs in school districts to bring culture and arts into educational settings.  It’s colorful and engaging programs and workshops has reached over one million young audience in NY/NJ area..  The Company is currently in-residence at New Jersey City University and has been a Principle Affiliate of the New Jersey Performing Arts Center since its inception.

About the Ahn Trio

Hailed as “exciting musicians” with virtuosity and flair, the three sisters of the Ahn Trio (Lucia on the piano, Angella on the violin and Maria on the cello) have embraced 21st century classical music while redefining the art of chamber music. Born in Seoul, Korea and educated at the Julliard School in New York City, the Ahn Trio brings a new energy and an ever evolving vision of music to the performance stage, whether it be Vienna’s Musikverein, New York’s Lincoln Center, Beijing’s Concert Hall or The White House. In this innovative collaboration with Asian-American choreographer, Nai Ni Chen, the world-class dance company and trio are immersed in the visual element of the pieces, creating a mesmerizing blend of music and dance of sheer aural and visual beauty.