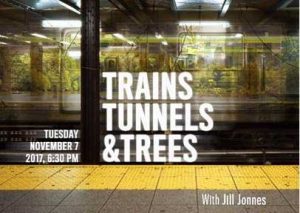 Museum of the City of New York:

The inaugural Robert A. and Elizabeth R. Jeffe Distinguished Lecture in Urban History features historian Jill Jonnes and architect Vishaan Chakrabarti discussing a century of visions for grand civic architecture in New York City, from the construction of Penn Station in 1910 to the current plan for its radical alteration and rebirth.

In the early 20th century, the construction of the Pennsylvania Railroad dramatically transformed New York City’s psychic and economic geography. Daring tunnels under the Hudson and East Rivers connected Manhattan to the mainland and Long Island via the linchpin of Penn Station. Today, city leaders grapple with maintaining and updating Penn Station’s fragile 110-year-old tunnels — along with countless other examples of existing “grey infrastructure.” Simultaneously, we recognize that our city’s future livability depends on creating sustainable “green” infrastructure. In this illustrated talk, historian Jill Jonnes connects the past, present, and future growth of New York City’s infrastructure, both grey and green.

Following her presentation, Jonnes will be joined for a discussion with architect and Columbia University professor Vishaan Chakrabarti, author of a new plan for Penn Station. Reception and book signing to follow.

This is the inaugural event in our annual Robert A. and Elizabeth R. Jeffe Distinguished Lectures in Urban History series, in which leading observers apply insights from disciplines including history, archaeology, sociology, and architecture to examine the evolution of New York City’s five boroughs.