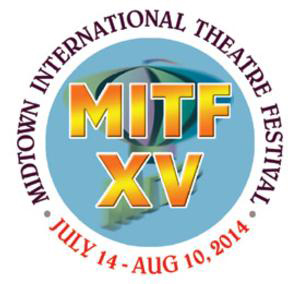 New York – The 15th anniversary of the Midtown International Theatre Festival continues. Spend next weekend with john Chatterton and his venerable midtown festival series. First Saturday & Sunday at Roy Arias Theatres will be the premiere of 20 new short plays as part of the monthly Short Play Lab series. Then the Commercial Division’s Salon Evening: an evening of excerpts from future productions focused on an off-Broadway or Broadway run in the near future.

Topical and engaging works ranging from relationships – starting and finishing them to viewing the world through money and memorabilia. The Short Play Lab are two programs of 10 minute plays – some are preambles to larger works while others are Serling-esque parables that are subject for our approval.

About the SHORT PLAY LAB

Each program is performed on Saturday night and Sunday afternoon, as follows:
Program A: Sat. 7 pm and Sun. 4 pm • Program B: Sat. 9 pm and Sun. 2 pm

About the COMMERCIAL PLAY DIVISION and its SALON EVENING

But the weekend isn’t over. Come on “dark” Monday, March 31 @ 6:15 p.m.  for MITF’s Salon – or get-together. An evening of excerpts from shows aspiring to be part of MITF’s Commercial Division. This is a separate repertory of plays and musicals whose production values are designed for Off-Broadway, a regional theatre run … or better. Each show will present 25 min. of material. Invited audience will include potential investors as well as general industry and press. Wine and cheese will be served.

Year 2014 marks Year 15 for the MITF, and John Chatterton is celebrating in a big way.