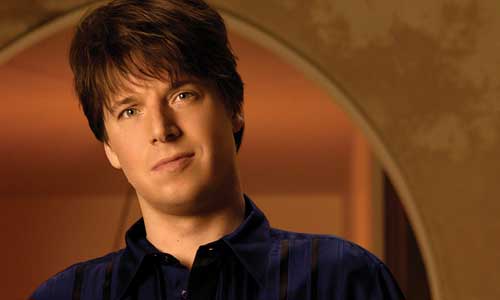 Often referred to as the “poet of the violin,” Joshua Bell is one of the world’s most celebrated violinists. He continues to enchant audiences with his breathtaking virtuosity, tone of sheer beauty, and charismatic stage presence. His restless curiosity, passion, universal appeal, and multi-faceted musical interests have earned him the rare title of “classical music superstar.” Bell’s most recent challenge is his appointment as the new Music Director of the Academy of St Martin in the Fields, the first person and first American to hold this post since Sir Neville Marriner formed the orchestra in 1958. The ensemble’s first 15-concert tour to the U.S. garnered rave reviews, and as one orchestra member blogged in Gramophone “the audience reaction all tour has been nothing short of rock concert enthusiasm.” Their first recording under Bell’s leadership as music director/conductor will be the 4th and 7th symphonies of Beethoven, which was released by Sony Classical in February 2013 with plans to eventually perform and record all the Beethoven symphonies.

Equally at home as a soloist, chamber musician, recording artist and orchestra leader, Bell’s 2012 summer appearances included the premiere of a new concerto for violin and double bass by Edgar Meyer performed by Bell and Meyer at Tanglewood, Aspen and the Hollywood Bowl. In addition Bell appeared at the Festival del Sole, Ravinia, Verbier, Salzburg, Saratoga and Mostly Mozart festivals. He kicked off the San Francisco Symphony’s fall season followed by performances with the Philadelphia Orchestra and the Boston, Seattle, Omaha, Cincinnati and Detroit Symphonies. Fall highlights included a tour of South Africa, a European tour with the Academy of St Martin in the Fields and a European recital tour with Sam Haywood.