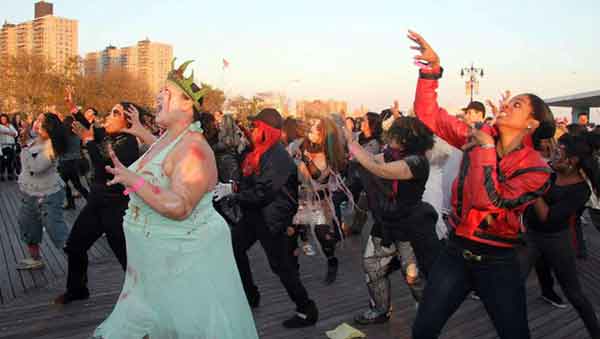 Michael Jackson’s “Thriller” had one of the most epic music videos of all time, and now you can learn the zombie dance pioneered by the King of Pop and strut your way through the East Village on this fun tour. You’ll start at a haunted theater, where you’ll spend 45 minutes perfecting the dance. Then you’re off to crawl the streets of New York in search of brains and beer, learning about famous poets, merchants and actors who still haunt local establishments. The tour winds down at a haunted pub, where you can hang out and drink with your new undead friends. BYOZC (bring your own zombie costume) and join the fun at Gene Frankel Theatre.