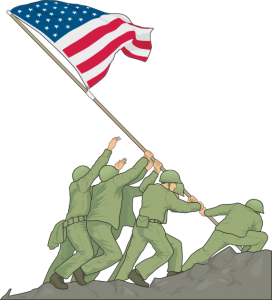 Taking place in Brooklyn and Queens are the following:

Northern Blvd between Jayson Ave & 245th Street
It begins at 2:00 PM, and spans a length of a little over a mile along Northern Boulevard in Queens.  The parade begins at the Queens-Nassau border, near the intersection of Northern Boulevard and Great Neck Road, and continues through Little Neck to 248th Street.  The Closing Ceremony is then held in the parking lot of Saint Anastasia’s School.

Parade kicks off at 11 AM on 87th Street and Third Ave. goes to Marine Ave. then up to Fourth Ave. and over to John Paul Jones Park, for a memorial service that includes a Wreath Laying, Flag Raising, Playing of Taps and a 21 gun-salute by Soldiers from the US Army Fort Hamilton Garrison.  All participants must report to a Street Marshal no later than 10AM.