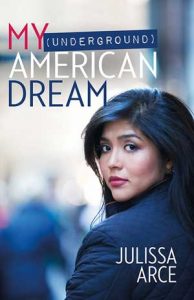 Join Julissa at Queens Library for a discussion of her memoir, as well as her experience of being a woman on male-dominated Wall Street, the stigma of being undocumented, and navigating a multicultural identity in America. The discussion will be moderated byAssemblymember Francisco Moya of the 39th Assembly District.

After the discussion, Julissa will take part in a Q&A session, followed by a book signing.

This program is available in English (at 2pm) and Spanish (at 3:15pm). Free tickets are available for both sessions!