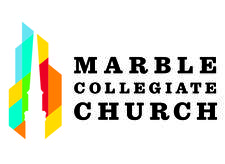 New York, NY, February 7, 2017 – Marcus Hummon, Grammy-Award winning composer and the playwright of six award-winning musicals, brings “Frederick Douglass: The Making of An American Prophet,” to Marble Collegiate Church in New York City.  In celebration of Black History Month, Hummon’s latest theatrical production will take to the stage on Friday, February 24 at 7:30 pm. The play offers an immersive look-back to Douglass’ early years as a slave and his journey to becoming one of America’s most prominent abolitionists.

“We are proud to feature such an inspiring and historically important play as a part of our celebration of Black History Month,” said Dr. Michael Brown, Senior Minister of Marble Collegiate Church. “Our mission is to serve the spiritual needs of all people, and Hummon’s play is an important part of expanding our spiritual teachings with historical value.”

Hummon, inspired by Douglass’ autobiography “Narrative of the Life of Frederick Douglass, an American Slave”, said the following of his play: “People sometimes describe the quintessential American story as rags to riches — the story of a self-made man. With Frederick Douglass we have a deeper American success story; from slave to a president’s confidante, a successful author, a celebrated orator, a statesman and social reformer. In the tradition of prophets who speak truth that transcends the time they live in, Frederick has a lot to say to us today.”

Marble Collegiate Church will continue to celebrate Black History Month, with the “Lift Every Voice!” concert, presented by the Marble Community Gospel Choir, offering a tribute to African-American composers of every genre from classical to gospel, on Sunday, February 26 from 3-4:30 pm. For more information, visit: www.marblechurch.org

Marcus Hummon has made a name for himself as a songwriter, recording artist, composer, playwright and author. As a playwright, Hummon has written six award-winning musicals and as a composer, has penned various top hits, including the 2005 Grammy-winning “Bless the Broken Road”.

Marble Collegiate Church, located in midtown Manhattan at Fifth Avenue and 29th Street, is the oldest Protestant organization in North America in continuous service and has a membership of 2,000 parishioners and a global following online.  Founded in 1628, four years after the creation of the Dutch Colony of New Amsterdam, it gave birth to the North American branch of the Dutch Reformed Church, now known as the Reformed Church in America. Marble Collegiate Church became world-renowned through the preaching and writing of its former Senior Minister, Dr. Norman Vincent Peale. Today it is a vibrant place of fellowship and deep belonging where the teachings of Jesus Christ and the power of positive thinking are interpreted through the dynamic leadership of Dr. Michael B. Brown, Senior Minister.