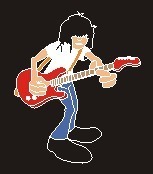 DJ Jonathan Toubin and his party machine the New York Night Train will perform a FREE concert on Wednesday July 29 at 6 p.m. in Madison Square Park. The concert is part of the Oval Lawn Series, featuring national touring acts on Wednesday evenings in the park.

Nightlife visionary DJ Toubin will prompt rock and roll fans to dance again with his one-of-a-kind Soul Clap & Dance-Off contest. Participants will start off dancing to 1960’s soul and rock 45’s of DJ Toubin then break into a short dance contest. Dance-off winners will be determined by a panel of community judges including special guest DJ, Randy Jones, the original cowboy from The Village People.

To kick off the night, The Suffers, a ten-piece soul band from Houston, TX will perform.