with CompCord Ensemble and B3+ 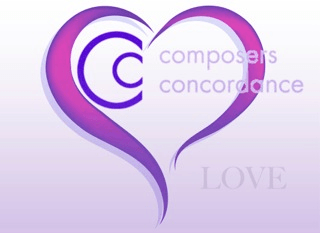 In anticipation of Valentine’s Day, Composers Concordance continues its 30th anniversary season with a multimedia performance based on the subject of love. The program, to take place on February 2nd t 7pm at William Paterson University’s Shea Auditorium, as part of their New Music Series, will feature poets Roger Bonair-Agard and Jacob Miller, video artists Graham Elliott, Carmen Kordas, and Michiko Saiki, and composers Milica Paranosic, Peter Jarvis, Dan Cooper, and Gene Pritsker, whose composition ‘Open Arms Could Still Define a Home,’ based on Jacob Miller’s poem ‘Giovanotto,’ will be premiered. CompCord Ensemble will be joined by clarinetist Michiyo Suzuki, as well as the world-renowned B3+ Trio, featuring trumpeter Franz Hackl, hornist John Clark, and bass trombonist Dave Taylor.

“For the past 30 years, Composers Concordance has been a booster for local composers, through both its concerts across the city and a record label.” -The Wall Street Journal. “Enterprising new music organization” -The New York Times. Staying in rotation for thirty years in NYC is a rare feat. In the case of a new music presenting organization, it requires not only diligence and cognizance of achievements of the past, but also an ethic of keeping one’s ear to the ground for emerging stylistic and technological developments, as well as talented new composers on the scene. Composers Concordance strives to present contemporary music in innovative ways, with an emphasis on thematic programming. Gene Pritsker, Dan Cooper, and Milica Paranosic co-curate the programs, and lead CCE, the ensemble-in-residence at William Paterson University. Venues in recent seasons have included Bohemian National Hall, Chelsea Art Museum, Cutting Room, Dimenna Center, Drom NYC, Gallery MC, LPR, Miller Theater, the Museum of Natural History, and Weill Recital Hall, among many others. Composers Concordance was founded in 1984 by Joseph Pehrson and Patrick Hardish, advised by Otto Luening. It has also created a new record label, Composers Concordance Records, with distribution by Naxos. Composers Concordance’s overriding vision is to see contemporary music, composers, and new works as a rightful and respected part of society. Good music, performed and recorded well, pushing the boundaries of sound and composition.