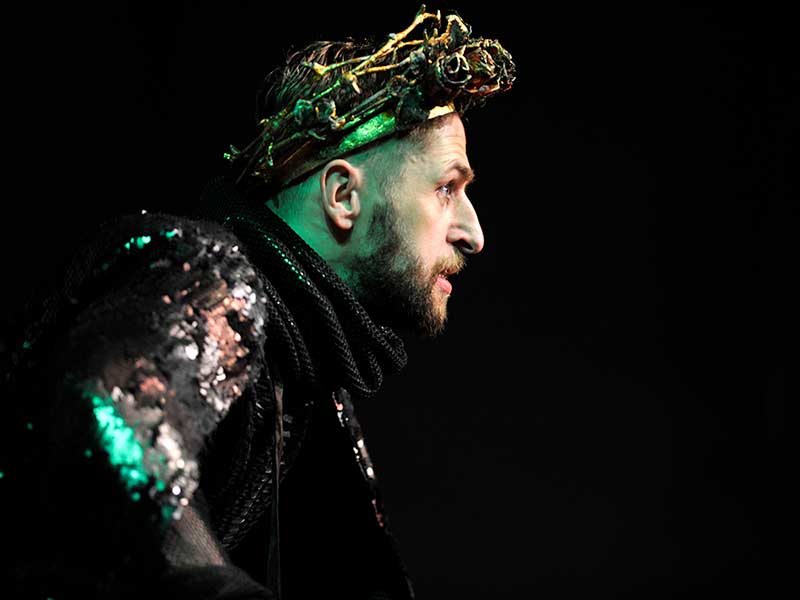 The darker side of human nature is on display in DruidShakespeare: Richard III, a chilling story of power and ambition in a wickedly comic production from Ireland’s Druid theater company and director Garry Hynes. The production stars Aaron Monaghan, who appeared as Estragon in Druid’s acclaimed Waiting for Godot in the 2018 White Light Festival.

Shakespeare depicts one of the world’s greatest villains in Richard III, a chilling and darkly comic story of power and ambition. Richard, Duke of Gloucester, portrayed by Aaron Monaghan, sets about bending the world to his own desires, vanquishing his better angels in pursuit of the crown. The Bard’s ruthless monarch resonates through the ages in this award-winning production from Ireland’s Druid theater company and Tony Award-winning director Garry Hynes. A continuation of the company’s exploration of Shakespeare’s kings, the production reunites the creative team and members of the Druid ensemble behind the celebrated DruidShakespeare: Richard II, Henry IV (Pts. 1 & 2) and Henry V, which played Lincoln Center in 2015. Druid’s acclaimed run of Waiting for Godot, also directed by Hynes and starring Monaghan as Estragon, was featured in the 2018 White Light Festival.

There will be a pre-performance discussion with Garry Hynes and Robert Marx on Sunday, November 10 at 1:45 pm in the John Jay College Lecture Hall.