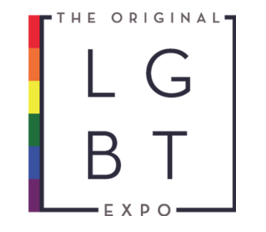 The LGBT Expo Returns To NYC With Free Admission For All

To receive their complimentary ticket to the event, attendees must register online at http://thelgbtexpo.com/tickets.

The Nation’s Longest-Running LGBT Convention Returns To New York’s Jacob Javits Center For Its 24th Year With Extended Hours & In An Effort To Be Totally Inclusive, Announces Free Admission To All Attendees

(April 25, 2017 – New York, NY) When the LGBT Expo (then known as the Gay and Lesbian Business & Entertainment Expo) produced its first event nearly a quarter-century ago, the landscape of the LGBT Community was vastly different than what it is today. All event promotions were mailed in brown paper bags, most major businesses refused to participate, and the attendee base consisted of those brave enough to shed the social stigma and publicly celebrate their true self. Fast forward to 2017, and wow, have things changed…

The LGBT Expo NYC (http://thelgbtexpo.com) is now the largest and longest-running LGBT convention in the United States, and possibly the world, featuring over 200 exhibiting companies (many of those in the Fortune 500), hours of educational seminars, a live entertainment stage and thousands of LGBT community members and allies.

But in an effort to be fully inclusive, Life Out Loud Events, producers of the LGBT Expo have taken yet another step forward. For the first time in its storied history, the LGBT Expo will be 100% free to attend.

“Our event has been a beacon of light to the LGBT community for years,” said Jay Handy, Director of Life Out Loud Events. “Obviously, the current administration has made all of us very uncomfortable with the direction it has taken on LGBT rights. We realized that this year, more than any in recent history, it is important for us to move forward and never backwards.”

Handy continued, “After much internal discussion, we identified our main goal of the event this year was to be a rallying point for all supporters of the community, and what better way than to make the event completely free to attend. To present complimentary admission to all attendees is a huge financial undertaking for us, but we felt it necessary given the current landscape.”

Another change to the event is the season in which it’s taking place, moving from February/March to September. This puts the event in a much busier season for New York City and can potentially bring in a much larger number of attendees.

Alongside some of the biggest changes the LGBT Expo has ever seen, many of the features that have made the event the success it is will remain.

Sprawling over 100,000+ square feet of space in the world-famous Jacob Javits Center in New York City, the event will feature hundreds of the most recognizable LGBT-supportive companies in the world. Most major industries are represented, including, but not limited to, those in travel, wedding, non-profit, entertainment, small business and family services.

The always educational and entertaining seminar series will also be expanded upon with multiple seminar rooms running throughout the day. Nationally-known speakers will cover all of the current pressing topics facing the LGBT community including political issues, financial and family planning, lifestyle, travel, entertainment and much more.

Returning again is the live entertainment stage, produced by Kurfew Entertainment, featuring hours of live performances from a huge variety of acts, from Broadway and beyond.