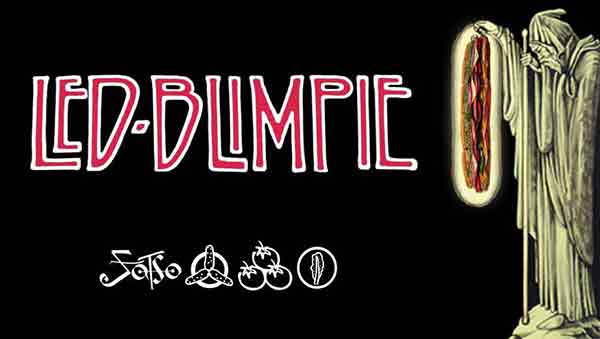 You’ll think you’re dazed and confused when you hear Led Blimpie’s note-for-note renditions of Led Zeppelin’s hit-filled repertoire. From “Black Dog” to “Stairway to Heaven” and “Rock ‘n’ Roll,” Led Blimpie captures the exhilarating live experience of one of classic rock’s greatest bands. They forgo the usual tribute band emphasis on costumes and focus on what really matters — the music. Singer Jon Conver is as up to the challenge of capturing Robert Plant’s haunting blues wail on “Whole Lotta Love” as he is the rapid-fire rock delivery of “Heartbreaker.” From Bonham’s thundering drum fills to Jimmy Page’s signature guitar riffs, Led Blimpie perfectly captures the Zeppelin sound.