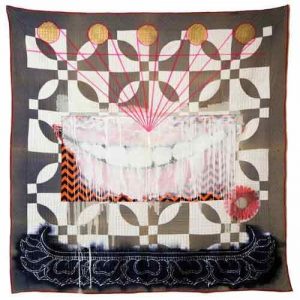 Ted Hearne (Creator, Composer, Co-Librettist) is a Los Angeles-based composer, singer and bandleader noted for his “voracious curiosity” (NewMusicBox), “tough edge and wildness of spirit,” and “fresh and muscular” music (The New York Times), who “writes with…technical assurance and imaginative scope” (San Francisco Chronicle). The New York Times included The Source on its list of the best classical vocal performances of 2014, and (along with The New Yorker and The Nation) of the best albums of 2015. Law of Mosaics, Hearne’s 30-minute piece for string orchestra, was recently performed by the Chicago Symphony Orchestra and San Francisco Symphony, and was named one of The New Yorker’s most notable albums of 2014 by Alex Ross. Hearne performs with Philip White as the vocal-electronics duo R WE WHO R WE, belongs to the composer collective Sleeping Giant, and his most recent collaboration paired him with legendary musician Erykah Badu. An active recording artist, his albums Katrina Ballads, The Source and Outlanders are available on New Amsterdam Records. Sound From the Bench, his 40-minute cantata challenging the Supreme Court’s Citizens United ruling, was recently released by Cantaloupe Music along with three other works performed by Donald Nally and The Crossing. Ted Hearne is the recipient of the Gaudeamus Prize and the New Voices Residency from Boosey and Hawkes. He recently joined the composition faculty at the University of Southern California. Recent and upcoming works include commissions from the LA Philharmonic, eighth blackbird, A Far Cry, Ensemble dal Niente, and Roomful of Teeth.  www.tedhearne.com

Saul Williams (Creator and Co-Librettist) came to worldwide attention as a writer and performer with his debut film, SLAM (dir. Marc Levin) winning Sundance’s Grand Jury Prize and Cannes Camera D’Or in 1998 introducing the world to the phenomenon of slam poetry competitions and Saul as a global ambassador of modern poetry. As a musician his albums, which have featured genre-bending collaborations with producers Rick Rubin & Trent Reznor, ushered in Brooklyn’s Afro-Punk movement. Saul has also collaborated with Swiss composer Thomas Kessler on two symphonies based on two books of his poems and has performed as a poet and performer in over forty countries and hundreds of universities. In 2013 Saul became the first African-American to win Best Actor in the largest and oldest African film festival FESPACO in Ouagadougou, Burkina Faso for his work in the L’Etalon d’Or prize film TEY (dir. Alain Gomis). Saul is currently working on multi-media project surrounding his forthcoming graphic novel MartyrLoserKing.

Patricia McGregor (Creator and Director) is a director and writer from St. Croix, US Virgin Islands.  She has twice been profiled by The New York Times for her direction of world premieres. Recent credits include the world premier of Lights Out: Nat “King” Cole (People’s Light), Skeleton Crew (Studio Theater), the world premier of Good Grief (Center Theater Group),  Measure for Measure (The Old Globe), The Parchman Hour (Guthrie Theater), Hamlet (The Public Theater), Ugly Lies the Bone (Roundabout Theatre Company), brownsville song (b-side for tray) (Lincoln Center Theater), the world premiere of Stagger Lee (Dallas Theater Center), and the world premiere of Hurt Village (Signature Theatre Company). Her other credits include tour consultant for J Cole World Tour, Director of A Raisin in the Sun, The Winter’s Tale,Spunk, Becky Shaw, Adoration of the Old Woman, Blood Dazzler, Holding It Down, Four Electric Ghosts, Nothing Personal, and The House That Will Not Stand. For several years she has directed the 24 Hour Plays on Broadway. She is a Usual Suspect at New York Theatre Workshop, a co-founder of Angela’s Pulse, and a Paul & Daisy Soros Fellow at Yale School of Drama, where she also served as Artistic Director of the Yale Cabaret.

The Los Angeles Philharmonic (co-producer), under the vibrant leadership of Music & Artistic Director Gustavo Dudamel, presents an inspiring array of music, through a commitment to foundational works and adventurous explorations. Both at home and abroad, the Philharmonic is leading the way in ground-breaking programming, both on stage and in the community, offering a diverse range of programs that reflect the orchestra’s artistry and demonstrate its vision. 2017/18 marks the orchestra’s 99th season.

More than 250 concerts are either performed or presented by the LA Phil at its two iconic venues: the Frank Gehry-designed Walt Disney Concert Hall and the Hollywood Bowl. The organization’s commitment to the music of our time is evident throughout the season programming, as well as in the exhilarating Green Umbrella series and the LA Phil’s extensive commissioning initiatives.