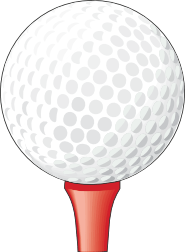 For the first time ever, beginning with Presidents Cup 2017, the world’s future golf stars will get their chance to compete for global glory and the right to raise their own cup in the inaugural Junior Presidents Cup. The PGA TOUR will start a new chapter in Presidents Cup history by partnering with the American Junior Golf Association (AJGA) to conduct the Junior Presidents Cup, featuring 24 of the best junior boys (19-years-old or younger) from the United States and around the world, excluding Europe. Set to take place at Plainfield Country Club in Edison, New Jersey, the Junior Presidents Cup will kick off the exciting week with a two-day competition between the two teams of 12, just days before the Presidents Cup matches get underway at Liberty National. Teams will be led by Honorary Captains Jack Nicklaus and Gary Player, whose presence will instill added inspiration and pride among their respective teams and further ensure an unforgettable experience for each junior participant. The first 11 players have qualified for each team and can be found by clicking here for the U.S. team and here for the International team, with the final players qualifying on Sept. 6.