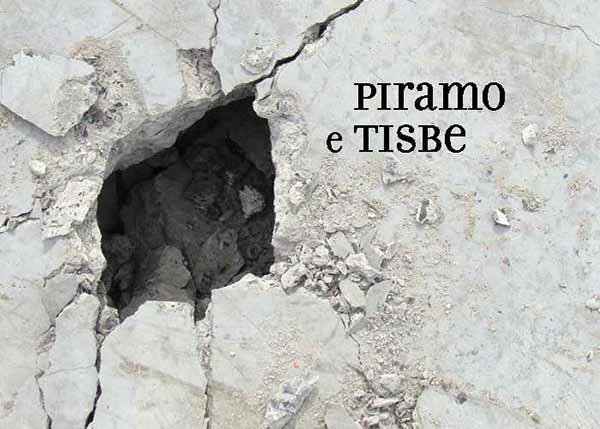 The little OPERA theatre of ny (LOTNY), in collaboration with New York based period ensemble New Vintage Baroque, presents the New York City Premiere of Piramo e Tisbe at Baruch Performing Arts Center, 55 Lexington Avenue, NYC, from March 22-25, 2018, with performances on Thursday through Saturday at 7:30pm and Sunday at 3pm.  Tickets are $35 and are available at https://web.ovationtix.com/trs/cal/35006.

Based upon the story of Pyramus and Thisbe from Ovid’s Metamorphoseswith a libretto by Marco Coltellini, Piramo e Tisbe is byJohann Adolph Hasse, a pivotal opera composer of the 18th Century celebrated for his sweet and tender melodies. Sung in Italian with English supertitles.

A wall and family feud stand between Pyramus and Thisbe. Their secret plans to unite unravel under the moonlight.

Conducted by Elliot Figg, directed by directed by LOTNY Artistic DirectorPhilip Shneidman, with set design by Neil Patel  (Alcina at Washington Opera, The Crucible at The Glimmerglass Festival), costume design by Lara de Bruijn (Roméo et Juliette at Castleton Festival, Alcina at Boston Conservatory), lighting design by Grant Yeager (What We’re Up Against at Women’s Project Theater), and video design by Alex Koch.

Featured in the cast are mezzo-soprano Sarah Nelson Craft as “Piramo” and soprano Summer Hassan as “Tisbe” with other cast members to be announced soon.

Johann Adolph Hasse (1699-1783) was born near Hamburg, and began his career as a singer in that city. In 1721 he left for Italy where his training and career as a composer developed and flourished. An early success was his serenata Antonio e Cleopatra presented in Naples and featuring the then new singer Farinelli. Soon after, the opera Artaserse to a libretto by Metastasio was presented in Venice during Carnival of 1725 and helped secure his fame. The opera’s celebrated arias performed by Farinelli were hit tunes of their day and furthered Hasse’s fame throughout Europe. Other operas and success followed for Hasse and he played a pivotal part in the development of opera seria and 18th-century sacred music.  Notable for his close friendship and collaboration with the influential Italian poet and librettist Metastasio along with his marriage to the highly regarded soprano Faustina Bordoni, Hasse entered into the Saxon Royal service as court kapellmeister in 1733 (one of the best-paid positions of the time), launching a nearly 30-year long stretch of prolific activity that propelled Dresden Opera to its peak of popularity. Highlights from his many operas composed between 1730-1771 include Didone abbandonata, Cleofide, Siroe, La Clemenza di Tito, all to librettos by Metastasio. Among Hasse’s many sacred cantatas, I pellegrini al sepolcro di Nostre Signore from 1742 was popular throughout German and Italian lands. A victim of changing aesthetics of the period, Hasse’s career also was altered by the Seven Years War in Europe (1756-1763) with the dissolution of the court in Dresden. In 1768 he composed the intermezzo tragico Piramo e Tisbe, to a libretto by Marco Coltellini for a performance in an unidentified country estate outside of Vienna. He revised his opera in 1770 for performance in the city at the Laxenburg Palace Theater. Johann Adolf Hasse spent his last years in Venice with his wife, where he died in 1782. His grave was unmarked until 1820.

Marco Coltellini (1724-1777) was born in Montepulciano and died in St. Petersburg. Active throughout the 18th century in the world of Opera, Coltellini wrote librettos for Traetta, Gluck, Salieri, and Mozart among others. At the premiere of Hasse’s Piramo e Tisbe, the multi-talented librettist sang the role of “Il Padre.” In 1775 Coltellini created a revised version of the libretto for London with music by Venanzio Rauzzini. Coltellini had based his libretto on one of the most popular tales from Ovid [43 BCE – 17 CE]. Pyramus and Thisbe appear in Book IV of Ovid’s narrative poem Metamorphoses which was widely translated, read, and adapted in Europe by writers and students of Latin. Chaucer, Dante, Boccaccio, and Shakespeare are just a few of the authors who have referenced the original star -crossed lovers from ancient Babylon.

Elliot Figg (Conductor) returns to LOTNY as conductor and harpsichordist after the 2016 U.S. premiere of Chevalier de St. Georges’ L’Amant Anonyme. Other recent engagements include: assistant conductor and harpsichordist for Vivaldi’s Farnace, and for Cavalli’s Veremonda, both with Spoleto Festival USA; and assistant conductor and harpsichordist for Dido and Aeneas with L.A. Opera. Elliot is an active member of several New York-based early music and contemporary ensembles, including New Vintage Baroque, ACRONYM, Ruckus, and New York Baroque Incorporated. He is a graduate of the Historical Performance Program at The Juilliard School where he studied harpsichord with Kenneth Weiss. He has also studied with Arthur Haas at the Yale School of Music. Elliot received his Bachelor’s and Master’s degrees in music composition from the University of North Texas, where he studied composition with Cindy McTee and Joseph Klein, and harpsichord with Lenora McCroskey.

Philip Shneidman (Director) founded the little OPERA theatre of ny. Recent productions include the NY Premiere of Carlisle Floyd’s Prince of Players, an original adaptation of Chevalier de Saint-Georges L’Amant Anonyme, Floyd’sSlow Dusk & Markheim, and Gioachino Rossini’s Opportunity Makes the Thief.Previous seasons include Gluck’s The Reformed Drunkard; an evening of two one-act operas by Gustav Holst entitled Travelers. Other opera includesEugene Onegin and Dialogues of the Carmelites at The Mannes College of Music, Purcell’s The Tempest at Rutgers. His theater directing credits include:Fully Committed (Adirondack Theatre Festival); and Romeo & Juliet (Queens Theatre in the Park), A Drowned Girl [1919](HERE). As an assistant Director on Broadway he worked on The Full Monty, and the Gutierrez productions of A Delicate Balance and The Heiress.

The little OPERA theatre of ny (LOTNY) is a chamber opera company that was founded in September of 2004. The most recent production, the 2017 New York premiere of Carlisle Floyd’s Prince of Players, was widely praised, described by the New York Times as “well made and stylish.” Other recent productions include Chevalier de Saint-George’s L’Amant Anonyme, which was heralded as “an exercise in restrained beauty;” and the 2014 production of Carlisle Floyd’s Slow Dusk & Markheim was warmly received, described as “ambitious and rewarding” by Opera News. Past seasons have included Rossini’s Opportunity Makes the Thief, a production that Opera News called a “lively and enlightening contribution… to New York City’s operatic life”; Gluck’s 1760 comic opera, The Reformed Drunkard; and a double bill entitledTravelers, which included two rarities by Gustav Holst (The Wandering Scholarand Sāvitri). A “Critic’s Pick” in The New Yorker and The New York Times, Travelers garnered critical praise. The NY Times commending the operas  “delicate balance of grandeur and intimacy.” In 2011, LOTNY presented the New York stage premiere of Mozart’s youthful opera, Mitridate, re di Ponto to sold-out houses, and received widespread press coverage. Earlier seasons have included the U.S. premiere of César Cui’s A Feast in the Time of the Plague with Nikolai Rimsky-Korsakov’s Mozart and Salieri in a double-billed program entitled 2 Little Tragedies of Pushkin; Mozart’s La finta giardiniera: and a performance of Virgil Thomson and Gertrude Stein’s opera,The Mother of Us Allat The Box.  Other work with living composers include the production of Inessa Zaretsky’s Man in a Black Coat as part of Target Margin’s Last Futurist Lab at The Bushwick Starr. Concert presentations have included,The Bohemians, music of Giacomo Puccini, presented at Socrates Sculpture Park as part of the city wide September Concert for 9/11. www.lotny.org

Of their performance of Handel’s Rinaldo with Boston Opera Collaborative, The Boston Globe cited New Vintage’s “graceful, songful playing… a major element in the production’s success.” Other recent projects included a yearlong residency at Yale’s Lewis Walpole Library (CT), where NVB created three new musical programs inspired by the collection. In 2015 the group toured New York and the Netherlands with a newly commissioned cantata Virginiana by Gregory Spears’. Most notable and recent has been the release of their Baroque pop album, Passionate Pilgrim on Naxos/Vision into Art (VIA). Called “music that is unstuck in time” by The Wall Street Journal, Passionate Pilgrimweaves “Beatlesesque” (Steve Smith) tunes with discredited Shakespearean poetry, in a collaboration with composer collective Oracle Hysterical.