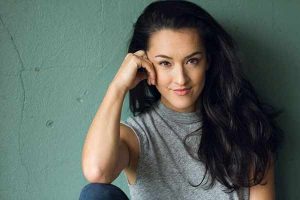 In an evening titled A First View, Joanna Carpenter and Town Stages present an untitled raw, unfiltered film aimed at furthering the discussion around harassment and assault in today’s climate, on Thursday, January 4, 2018 at 7pm at Town Stages, 221 West Broadway, NYC. Tickets are $20 and are available at http://townstages.com/box-office/.

“The great sense of ownership and entitlement that it takes to harass another human being… to treat them as a thing for the taking…it’s enraging. It’s time for social education aimed at dismantling this mentality,” said Joanna Carpenter, producer and director of the film.

Join Ms. Carpenter, Cinematographer Colby Moore, Associate Producer Amanda Bruton, and the cast for the first screening of this untitled short film that documents and recreates various real-life incidents of harassment and assault. On a single camera, Mr. Moore and Ms. Carpenter capture raw scenes based on true stories and re-created verbatim.Deeply personal and painfully visceral, this directorial debut explores the devastating impact of harassment and assault on women of all backgrounds and shines a bright spotlight on the pain and experiences of women.

The screening is presented in conjunction with Town Stages, a female-led arts collective and event space based in the TriBeCa neighborhood of New York.

“If we want substantive change, we must unveil the darkest parts of our culture, examine them, and own up to our parts in them. Joanna has taken a bold and courageous stance in her short film depicting the merry-go-round of abuse women experience in their daily lives. She does so, without filters and fluff. This is a jaw-dropping and uncomfortable work to experience for just five minutes, but just a sliver of how we ask women to live their lives long after the credits roll,” said Robin Sokoloff, Executive Director of Town Stages.

A Q&A with speakers will follow, with refreshments provided.

This event is sponsored in part by Sokoloff Arts (501C3). For more information, visit www.sokoloffarts.org.

Joanna Carpenter is a New York City-based singer and actress making her directorial debut. An outspoken advocate for equality and critic of sexism and racism, she works to find ways to channel her feelings through art. The concept for this film was born when she realized that mere anger and indignation would not inspire change – but creation could. Art could. Women all over the world, but especially women in urban areas, are constantly harassed, constantly forced to live on the defensive, treated as objects for the touching and taking. She collected stories from dozens of women she knew – some “typical”, some incredibly invasive, none surprising – and, combined with pieces of her own narrative, decided to assemble a 21-person cast on a breakneck schedule to recreate those ugly moments. She hopes that this film can serve alongside the current socio-political climate as a conversation-starter, with the belief that change CAN happen, that women CAN be viewed as equals, not things or less-than or sex objects. She hopes that maybe this little film can be a spark that feeds the flames.

Located in the heart of Tribeca, TOWN is New York’s premier venue to celebrate, collaborate and put on a show.A new female-driven cultural arts institution and venue space, Town Stages is a state-of-the-art, flexible performance and event space that can support the entire lifecycle of New York’s hallmark industries. With a stunning 9,000 square foot storefront facility, TOWN provides world-class cultural experiences and opportunities for all:  from civic to corporate, tech to theater.With a Mainstage, a Cabaret Lounge, and a multi-use event space with a capacity of 225, Town Stages will offer much-needed space and production resources for businesses, arts organizations, and families. TOWN boasts ticketed performances and curated community programing, from performance art to dance to theatre, and is also available for fashion shows, film shoots, weddings, and beyond.  For more information, visit www.townstages.com.

Sokoloff Arts (501c3) is an emerging cultural institution providing inspired space, prospective, and opportunity for cutting edge events in all sectors of The Arts, Corporate, Civic, and Cultural life in New York City. Led by a team of women from diverse backgrounds and artistic expressions, Sokoloff Arts works to provide viable and safe space to congregate, strives to promote cross-cultural community engagement, and blends the arts and business to create sustainable solutions to social and financial inequalities. The organization assists young creators with not only space, but resource generation, production, and community. To address the overwhelming demand for hi-tech, flexible, and affordable performance and event space in New York City, Sokoloff Arts is now building Town Stages. To learn more, visit sokoloffarts.org.