As it does every year, Japan Day will be kicking off with its annual Japan Run and Kids’ Race. The festival itself will of course be featuring food and activity tents along with traditional and contemporary performances highlighting Japanese Culture on the main stage.

“”Japan Day is officially supported by Mayor Bill de Blasio, The New York City Department of Parks & Recreation, the Central Park Conservancy, the Consulate-General of Japan in New York, the Japanese Chamber of Commerce and Industry of New York, The Nippon Club and many Japanese and American corporations. Since its establishment in 2007, this family-friendly event has captured the interest of New Yorkers with over 50,000 people attending each year, and we have been thrilled to watch Japan Day garner the praise of the public.”” 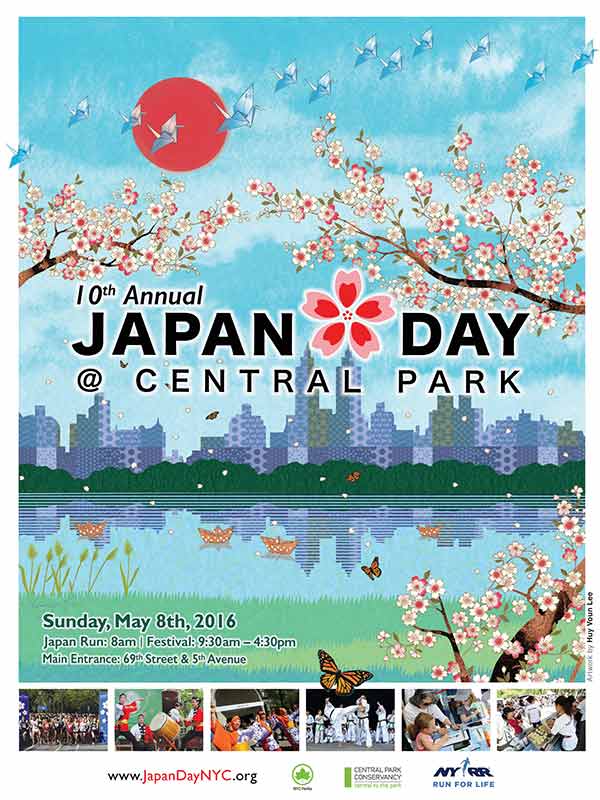