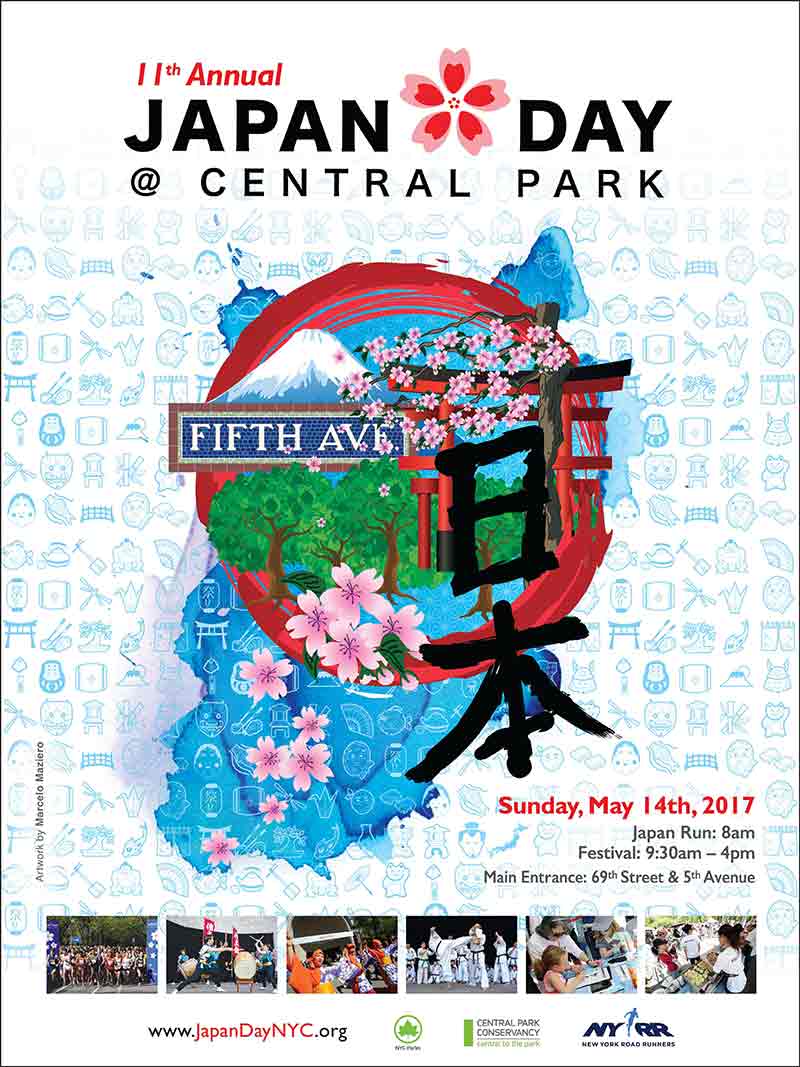 Founded in 2007, Japan Day @ Central Park is an annual event designed by the Japanese community of New York to promote a deeper understanding of the Japanese culture and to say “Thank you, New York!” It has received official support by the Office of the Mayor, the New York City Department of Parks & Recreation, the Central Park Conservancy, New York Road Runners, the Consulate General of Japan in New York, the Japanese Chamber of Commerce and Industry, The Nippon Club, and many other Japanese and American corporations. The event kicks off with the rousing Japan Run, a 4-mile mini-marathon and Kids’ Races, hosted by New York Road Runners. The event continues with the Japan Day Festival featuring wide range of Japanese traditional and family-friendly activities, free samplings of popular Japanese cuisine, and powerful stage performances throughout the day.