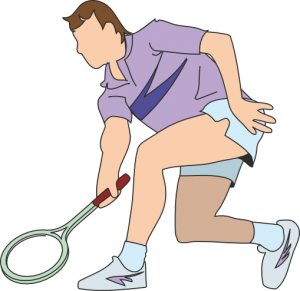 New York, NY – Dec 13, 2016.  With virtually all of the world’s top- ranking squash players entered in the 2017 J.P.Morgan Tournament of Champions (ToC), the just-released draws offer the promise of scintillating competitive clashes during the seven days – January 12– 19 – that have become known as ‘Squash Week” in New York City.  With 64-player women’s and men’s main draws, each of which include eight qualifying spots, the ToC will host 128 of the world’s top-ranking squash players who have found the lure of playing in the sport’s most public and majestic venue irresistible.

Egypt’s Raneem El Welily, the 2015 ToC titlist and also a former world No. 1, is seeded second and could meet American number one and 2016 runner-up Amanda Sobhy in a quarterfinal encounter.  Sobhy, who grew up in Sea Cliff, Long Island and is currently ranked No. 7 in the world, is sure to have the hometown crowd in her corner when she faces Australia’s Donna Urquhart in first round play. Natalie Grinham, a two-time titlist and a former world No. 2, has received the wild card entry in the draw and will play Joelle King of New Zealand in the first round.

The men’s draw features two-time defending champion and world No. 1 Mohamed Elshorbagy along with a a quartet of past champions, all of whom have enjoyed stints at the top of the world rankings. Elshorbagy, who plays a qualifier in the first round, is drawn to meet his younger brother Marwan, the sixth seed, in quarterfinal play.  France’s 34-year-old Gregory Gaultier, who won the ToC title in 2009, is seeded third, and will face 20-year-old former World Junior Champion Diego Elias in one of the stand-out, first-round encounters.

England’s 33-year-old James Willstrop, the 2010 winner, will meet 2014 semi-finalist and crowd favorite Miguel Angel Rodriguez of Colombia in a tantalizing first-round encounter that promises to be a thrilling battle of styles. Should Willstrop prevail, he is likely to face a second round encounter with perennial domestic rival Nick Matthew, the 2012 ToC champion who has been runner-up in the last two years.. Matthew, at 36 the oldest player in the men’s draw, will meet a qualifier in first round play.

Three-time ToC and World champion Ramy Ashour of Egypt, whose dazzling play has been sorely missed by the TOC crowds as he has had to sit out the last two championships due to injury, has drawn a qualifier for his first round match.  Should Ashour reach the quarterfinals he is likely to encounter countryman Karim Abdel Gawad, who has shot up to No. 2 in the world rankings having won three of his last four tournaments  including the 2016 World Championship.

“It is fitting that, on the 20th anniversary of staging the ToC in the awe-inspiring setting of Grand Central Terminal’s Vanderbilt Hall, we have been treated to one of the strongest line-ups and most compelling draws in the tournament’s history,” said John Nimick, President of Squash Engine, Inc., the tournament promoter. “To have all of the world’s top male and female players, a host of current and past champions, and some of the most promising talents in the game come together for the first event of the year is incredibly exciting”.

The J.P. Morgan Tournament of Champions is one of eight World Series events sanctioned by the Professional Squash Association (PSA) and one of only three to offer equal prize money and draw size for both men and women.  It is the only PSA World Series event to have been staged in the same venue for two decades. Fans will be able to catch the action in Grand Central from the ticketed seats in the stadium, free standing room at the front wall or on closed circuit TV screens on the west side of Vanderbilt Hall.

Tickets for the tournament range in price from $8 to $170 and can be purchased online at www.tocsquash.com.

J.P. Morgan, a global financial services company, is returning for its ninth year of Platinum title sponsorship. Gold Sponsor Lexington Partners, the world’s largest independent manager of secondary private equity and co-investment funds, marks its nineteenth year of ToC sponsorship. The Hospital for Special Services (HSS) joins the ToC for the first time a a diamond sponsor and the Official Hospital and Provider of Medical Services