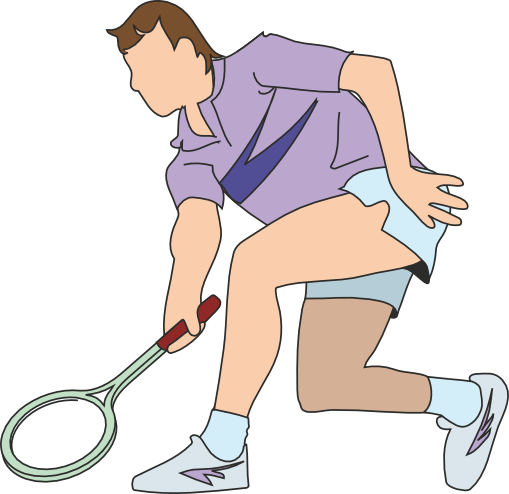 December 20, 2017 – New York, NY. Virtually all of the world’s top-ranking squash players will compete for the coveted J.P. Morgan Tournament of Champions (ToC) title, being played for the 21st year in Grand Central Terminal, January 18-25, 2018.

At stake in the men’s draw is also the top spot in the Professional Squash Association (PSA) global rankings.  If seedings hold, current world no. 1 and top seed Gregory Gaultier would meet world no. 2 Mohamed ElShorbagy of Egypt in the final, with the winner taking home the trophy and the world no. 1 ranking. The duo clashed in last year’s dramatic semifinal in Squash TV’s “Match of the Year,” with the 34-year-old Frenchman wresting victory from his younger opponent.

ElShorbagy will be riding the momentum of capturing the PSA World Championship crown for the first time last week. He will kickstart his attempt to capture a third Tournament of Champions title against Hong Kong’s Leo Au in round one.  A semifinal meeting against rising star Ali Farag, who defeated his countryman to claim the US Open, is potentially in the cards, although three-time ToC titlist Ramy Ashour could stop Farag in the quarterfinals.

A sentimental favorite will be three-time world champion Nick Matthew, who will make his last ever appearance in the majestic confines of Vanderbilt Hall before he retires at the end of the season. The 37-year-old Englishman lines up against a qualifier in round one and is seeded to meet long-term rival and countryman James Willstrop in the second round – 12 months after Willstrop ended a 19-match losing streak to Matthew at the same stage of last year’s tournament

The women’s draw is headed by world no. 1 and World Championship runner-up Nour El Sherbini of Egypt as the 22-year-old targets a second Tournament of Champions crown after winning the title in 2016.

El Sherbini’s expected opponent in the final is her compatriot Raneem El Welily. The world no. 2 and 2015 ToC champion beat El Sherbini to be crowned women’s World Champion last week. El Sherbini’s  semifinal opponent is likely either two-time runner-up Laura Massaro of England or World No.5 Nouran Gohar. El Welily is slated to meet defending champion Camille Serme of France in the semifinals.

The highest-ranking American ever on the PSA tour, Amanda Sobhy, makes her long-awaited comeback from a ruptured achilles against a qualifier in round one. The former World No.6 has been out of action since February and will have U.S. Open champion Nour El Tayeb and El Welily in her way as she bids to go one better than her runner-up finish at the 2016 championship.

“This is my home court and every time I play here, I get a little bit bug-eyed and feel like my jaw is going to drop off from smiling so much because it so unbelievably exciting,” Sobhy said of the four-walled ToC glass court that sits under the monumental chandelier in Grand Central’s Vanderbilt Hall during tournament week.  “There is so much energy at the ToC it is electrifying.”

Two other American women join Sobhy in the main draw –  world No.12 Olivia Blatchford of Wilton, Ct. and teen sensation Marina Stefanoni of Darien, Ct.  The 15-year-old Stefanoni, awarded the wild card entry, is the youngest player to hold the US National Under 19 Singles title, which she won in 2016 and 2017.

“The depth of talent and ambition on the Professional Squash Association (PSA) World Tour today is unprecedented,” said Tournament Chairman John Nimick, President of Squash Engine, Inc., “and with every one of the top-ranking players competing in the main draw, we are sure to see spectacular play at each of the 26 ToC playing sessions.”

The ToC has long been a favorite player stop on the PSA World Tour as the iconic Grand Central venue and the sold-out crowds affords the players the opportunity to showcase their talent and competitive drive in front of tens of thousands of spectators each day.

“When you get on court at the ToC, you feel like a rock star” said Matthew, the 2012 ToC winner.

The  J.P. Tournament of Champions will offer up points for the men’s and women’s PSA World Series Standings – which are currently headed up by ElShorbagy and El Welily – as players battle for a top eight finish which will guarantee their participation at June’s PSA World Series Finals.

Matches played on the all-glass Oracle/NetSuite Challenge Court inside Grand Central Terminal’s Vanderbilt Hall will be shown live on SQUASHTV (Rest of World) and Eurosport Player (Europe Only), while the semi-finals and finals will be shown live on mainstream broadcast channels around the world, including BT Sport, beIN Sports, Fox Sports Australia and Astro. Onsite, fans will be able to catch the action in Grand Central from the ticketed seats in the stadium, free standing room at the front wall or on closed circuit TV screens in Great Northern Food Hall on the west side of Vanderbilt Hall.

Tickets for the 2018 J.P. Morgan Tournament of Champions range in price from $8 to $170 and may be purchased at www.tocsquash.com.

J.P Morgan, a global financial services company, has committed to a three-year sponsorship renewal and is returning for its 10th year as the Platinum title sponsor. Gold Sponsor Lexington Partners, the world’s largest independent manager of secondary private equity and co-investment funds, marks its 20th year of ToC sponsorship. Hospital for Special Surgery returns as a diamond sponsor for the second year, while Comcast NBC Universal returns as a silver sponsor. On board for the first time as a silver sponsor is SL Green Realty Corp., an S&P 500 company, New York City’s largest office landlord and developer of the new office building currently under construction at One Vanderbilt Place across from Grand Central. ToC’s hospitality sponsor for the second year will be the Great Northern Food Hall, located in Vanderbilt Hall across from the ToC glass court and created by culinary entrepreneur Claus Meyer, founder of the New Nordic cuisine movement

Squash is contested in all the major international multi-sport regional games and has been rated by Forbes magazine as the healthiest sport based on cardiorespiratory endurance, muscular strength, flexibility, muscular endurance, calories burned and risk of injury.  The sport was first played in England more than 140 years ago and is now popular in 185 countries, with nearly 50,000 squash courts worldwide. There are more than 16 million squash players around the world and more than 1,500,000 in the United States.